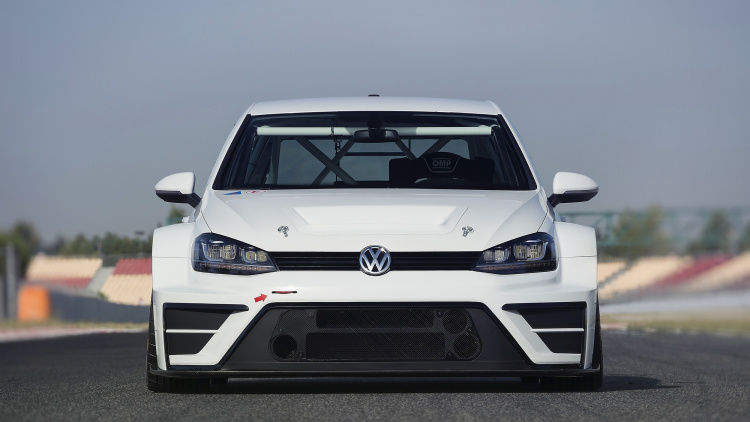 Just when you thought Volkswagen had done all the hot Golfs we could handle, its motorsports division has come out with an even hotter one. This racing version is built to compete in the Touringcar Racer International Series (TCR) across Europe and Asia, and certainly looks the part.

Based on the production Golf hatchback we all know, the TCR competition version promises to be to circuit-based touring car racing what the Polo R WRC is to the rally stage. And that little pocket rocket has been positively dominating the World Rally Championship.

Developed in conjunction with Seat’s racing department and Liqui Moly Team Engstler, the Golf touring car packs the 2.0-liter turbo four from the Golf R. Only instead of 292 horsepower and 280 pound-feet of torque in the production version, it’s been tuned to channel 330 hp and 302 lb-ft to the front wheels (instead of all four) through a six-speed dual-clutch transmission. It rides on 18-inch alloys fitted to a track widened by nearly a foot and a half, along with a competition-spec aero kit to keep it glued to the tarmac and a stripped-out cockpit.

Though the 2015 TCR series is already under way, a pair of these racing Golfs will be entered in the upcoming round at the Red Bull Ring in Austria, before the series heads off to Singapore (in support of the F1 grand prix there) and Thailand ahead of the final round in Macau. If everything goes well, customer teams will be able to pick these up and enter them in next year’s championship.

Next post Top Gear Returns – No Mode Of Transport Is Safe!

Previous post It Only Took 2.5 Years To Create The Alfa Romeo Giulia