The Tesla Roadster Is Not The “Fastest Car in The World” 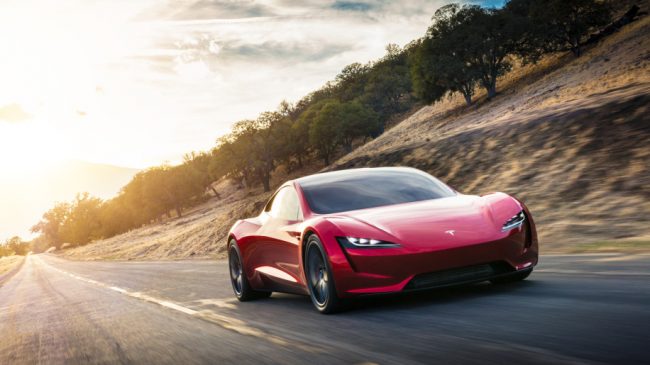 The problem is, these headlines are all wrong. Tesla didn’t build the fastest car in the world. It built the quickest car currently on sale. And if you put it in a drag race against a certain Ferrari and a certain Porsche, it would come in third place.

Let’s clear this up grade-school style. The Cambridge Dictionary explains that “we usually use quick to refer to something happening in a short time, or a shorter than expected time.” By contrast, “fast refers to things that happen or go at high speed.” In the automotive world, “fast” refers to a car’s top speed, the maximum velocity it can reach; “quick” refers to the time it takes to get to that speed.

To its credit, Tesla made clear in its announcement that the new Model S would get out-sprinted by the LaFerrari and 918 Spyder. The electric carmaker also pointed out, quite fairly, that the Ferrari and Porsche hybrid hypercars each cost more than $1 million when they were new, with a limited number of each built (499 of the Ferrari, 918 of the Porsche), and that both exotics ended production long ago. If you want the quickest car money can buy, and you want it brand-new with four doors, you’re taking your checkbook to the Tesla shop.

But while Tesla very precisely described the Model S P100D as “the third fastest accelerating production car ever produced,” reporters, bloggers, and newsmakers everywhere lost the nuance. Gizmodo called it “the fastest car you can buy.” SFGate referred to it as the “fastest production car in the world.” AutoExpress, ABC News, The Independent, and plenty of others erroneously called it the world’s fastest production car.

This also puts Jalopnik’s headline in a spot somewhere between error and truth. “The New Tesla P100D Is The Fastest Tesla Ever, Goes 300 Miles On A Charge,” writes my friend Michael Ballaban. Since every currently-available Tesla Model S variant has the same 155-mph top speed, is the P100D the fastest in a six-way tie?

There is one superlative, however, that Tesla has absolutely earned, and it’s one that barely got a mention in P100D coverage: driving range. Tesla says the Model S P100D will go up to 315 miles per battery charge, making it the first mass-produced electric car in the world to surpass 300 miles on the EPA’s driving range test.

Unfortunately, the headline “Tesla just made the longest-range electric car you can buy” just doesn’t have that same ring to it.