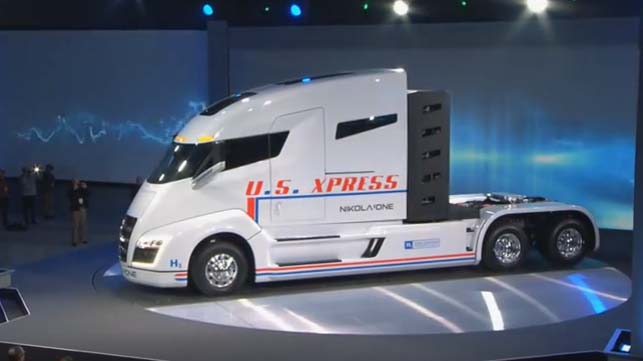 Utah-based Nikola Motor Company has named Bosch and PowerCell AB as the primary suppliers of its fuel cells for the Nikola class 8 hydrogen-electric truck.

“Our relationship with Bosch also gives us access to their experienced engineering team which is one of the largest and most respected in the world,” said Nikola Motor CEO Trevor Milton. “This relationship will be helpful in bringing our products to market as quickly and safely as possible. Design of reliable systems for commercial vehicles takes decades of experience and Bosch brings that to our relationship.”

The fully operational, pre-production Nikola Two day-cab will begin testing in Fall of 2018. Following its release, the Nikola Two will undergo a rigorous 12-month testing period in extreme climates. This testing period will give the company valuable data in preparation for full production in 2021.