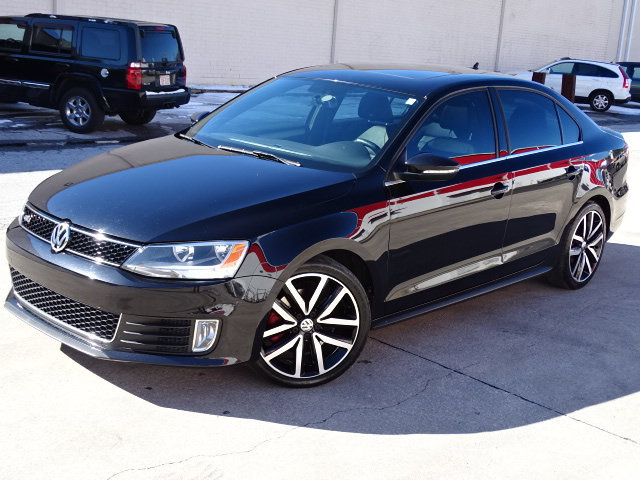 In spring 2018, we learned that the new-and-improved Volkswagen Jetta GLI would be arriving within the year, and now we have confirmation that VW is sticking to its word. The GLI, the performance-oriented variant of the Jetta, will debut in late winter 2019 at the Chicago Auto Show.

When it wasn’t talking about its huge onslaught of incoming electric vehicles, Volkswagen had its attention throughout 2018 pointed on the launch of the 2019 Jetta, the start of the seventh generation of the compact family sedan. After debuting the Mark 7 Jetta at the 2018 Detroit Auto Show, the nameplate has popped up throughout the year for a variety of reasons. VW made a special Jetta for the the European Experience car show, it brought out numerous custom Jettas for SEMA (the H&R Special Springs R-Line is pictured), and it built a Bonneville Jetta intended for a speed record. It’s no coincidence all of these builds try to brush off the economical character of the four-door and lean into its sporting side.

The buildup culminates with the upcoming launch of the Jetta GLI, which a VW representative confirmed will debut at the Chicago Auto Show, Feb. 9-18. The unveiling will take place in the press days before the show goes live.

From previous reporting, we believe the GLI will be properly hotted-up. Based on past conversations, VW has indicated the GLI will adopt a multi-link independent rear suspension, leaving the torsion-beam setup for the lower-trim Jettas. Under the hood will be a turbocharged 2.0-liter four-cylinder mill that we expect will be the same tuned engine found in the GTI, which has 220 horsepower and 258 lb-ft of torque with premium fuel. That should link to either a six-speed manual transmission or the seven-speed DSG dual-clutch automatic.

If VW is truly bringing GTI characteristics to the Jetta, then the GLI should offer a much more fun experience than can be found in the current lineup. We’ll let you know official numbers and information as it comes in the next two months.