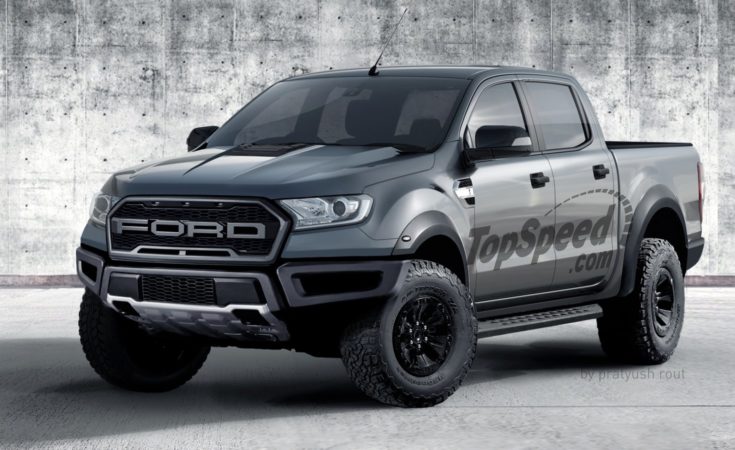 This isn’t the story I wanted to write. I was sitting on the shores of Lake Jindabyne in the Snowy Mountain region of Southeast Australia, having just finished the first of what would be many off-road runs in a 2019 Ford Ranger Raptor, one of the most anticipated vehicles in the world. This is about as close to an automotive dream come true as I’ve had, but this story isn’t about a truck that is heading to our shores. Rather, it’s about a truck that isn’t.

I had an inkling before making the trip down under, but now I was certain: This is the truck Ford should’ve lead with. This is the truck that America needs right now. And it’s the one that Ford confirmed we won’t get anytime soon.

Last year I drove a Ranger down in New Zealand – a Wildtrak model with a 3.2-liter diesel. It was a great truck to drive, but didn’t have the legit off-road capabilities I was hoping for. Like the Chevy Colorado ZR2 I drove at our Tech of the Year awards, or the Toyota Tacoma TRD Pro I drove all around the Pacific Northwest. Those trucks showed me what the Ranger could be. And the Ford F-150 Raptor has proven over and over that Ford knows how to do an off-road truck right. Why couldn’t the Ranger become the mid-sized, off-road truck of my dreams?

And then it seemed like my dreams had been answered. Ford announced it was developing a Ranger Raptor. The fast, capable little brother to the F-150 Raptor that could go places the larger truck couldn’t, looking completely badass while doing so. Finding out that it would not be coming to America was disappointing, but instead of sulking, I flew down to Australia to drive the truck we wouldn’t be getting.

That being said, if you are a Ford-loyalist, the aftermarket will be your best friend if replicating the Ranger Raptor is your goal. The U.S. version, with its 2.3L EcoBoost putting out 270 horsepower and 310 lb-ft of torque, can be transformed quite easily with a slew of parts that’ll be ready to bolt on when the truck hits dealers. There is something to be said for customizing a truck to exactly fit your needs as well, and with a more nimble starting point, the standard Ranger will have an easier time fitting down tighter off-road trails.

All of this is not to say that the Ranger Raptor will never grace us with its presence here in the States. Ford has said the 2019 version won’t be coming, but I still am holding onto the flicker of hope that it’ll be here in a few years. Then I’ll be able to write the story I wanted to write – one with the Ranger Raptor taking on the Gladiator, Tacoma, and ZR2 head to head.