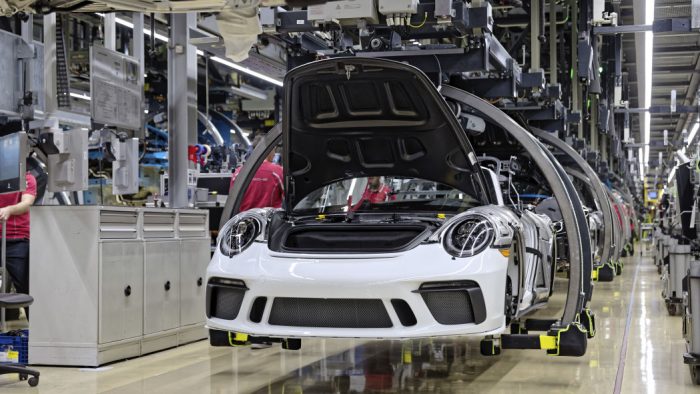 The sun has set on the seventh generation of Porsche’s iconic 911 sports car, as the final 991-generation model has rolled off the assembly line. The final tally for the seventh-generation 911 is 233,540 examples, the last of which is a silver Speedster convertible.

The 991-generation made its debut at the Frankfurt Motor Show in fall 2011 as the replacement for the 997. The model was one of the most-changed 911 generations ever. It debuted the seven-speed manual transmission, electrically assisted power steering, and Porsche Dynamic Chassis Control. It also was lighter than its predecessor. Later, the mid-cycle, 991.2 update brought turbocharged engines to the non-Turbo models (with certain notable exceptions).

It’s fitting that the final 991 built was a special-edition model, as this generation of 911 had more special variants than any other, among them: the 50th Anniversary edition, the 911 R, the 911 T, the 911 GT3 Touring Package, the 911 Turbo S Exclusive Series. The series also saw the 911 reach the milestone of 1 million cars, an occasion that was commemorated not with a limited-production variant but, instead, the milestone car was painted a special Irish Green with a brown leather and Pepita cloth interior, and went straight to the Porsche museum.

The 991’s replacement is here now: The 992 generation Porsche 911 has already made its debut, with the Carrera S, Carrera 4S, base Carrera, and Carrera 4 models arriving first. There are, of course, many more to come. We’ll see whether Porsche can crank out as many different 992 variants as it did for the 991, and whether the 922 adds as much to the history of the model as did its now-departing predecessor.

Next post Here Are The 10 Best Engines And Propulsion Systems Of 2020, According To Wards