How GM’s Bankruptcy Saved The Corvette 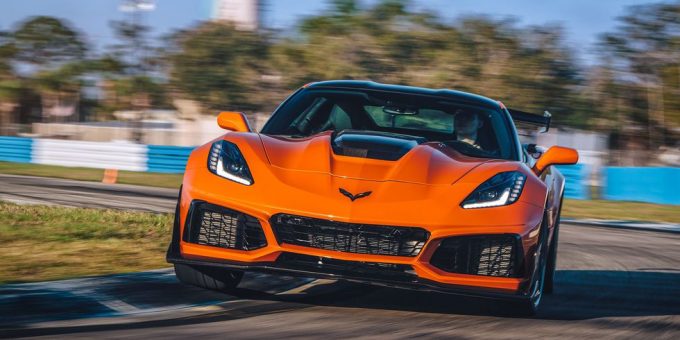 It’s hard to imagine a world without the Chevrolet Corvette, but that almost became a reality as a result of the 2008 financial crisis. In early 2008, GM was buckling down, looking at ways to save money. As Car and Driver explains in this excellent story, development of a new C7-generation Corvette was cancelled at this time, despite the best efforts of then-GM product-chief Bob Lutz. But when GM declared bankruptcy in 2009, the Corvette was saved.

Tadge Juechter, chief engineer of the Corvette, told Car and Driver about a conversation, after GM declared bankruptcy in 2009, that eventually led to the green light for the C7 Corvette program. As Car and Driver‘s Gary Witzenburg writes:

Participating in a conference call one day with the “task force” put together by the U.S. Treasury Department to consolidate GM manufacturing operations, Juechter was planning to advocate passionately for Corvette and its small, special plant: “We went around the room introducing ourselves, and when I introduced myself as Corvette chief engineer, one consultant said, ‘What can you tell me about C7’—the same question we were getting from our customers. I thought, ‘Wow, this guy knows the lingo and wants to know about C7. He may get it.’ They got into our books and saw that Corvette made money, so getting going on a new one was on the to-do list coming out of bankruptcy. It was spared as an extremely valuable brand that is known globally, and the Bowling Green assembly plant was also spared.”

Up to this point, Juechter had been preparing for the worst, afraid that the Corvette brand and the Bowling Green, Kentucky plant would be sold for scrap. But with the approval of the Treasury Department, work on the C7 began, and Juechter and his team to go work building the best Corvette ever.