Round 4 Of ‘Defender Challenge By Bowler’ Heads For The Hills 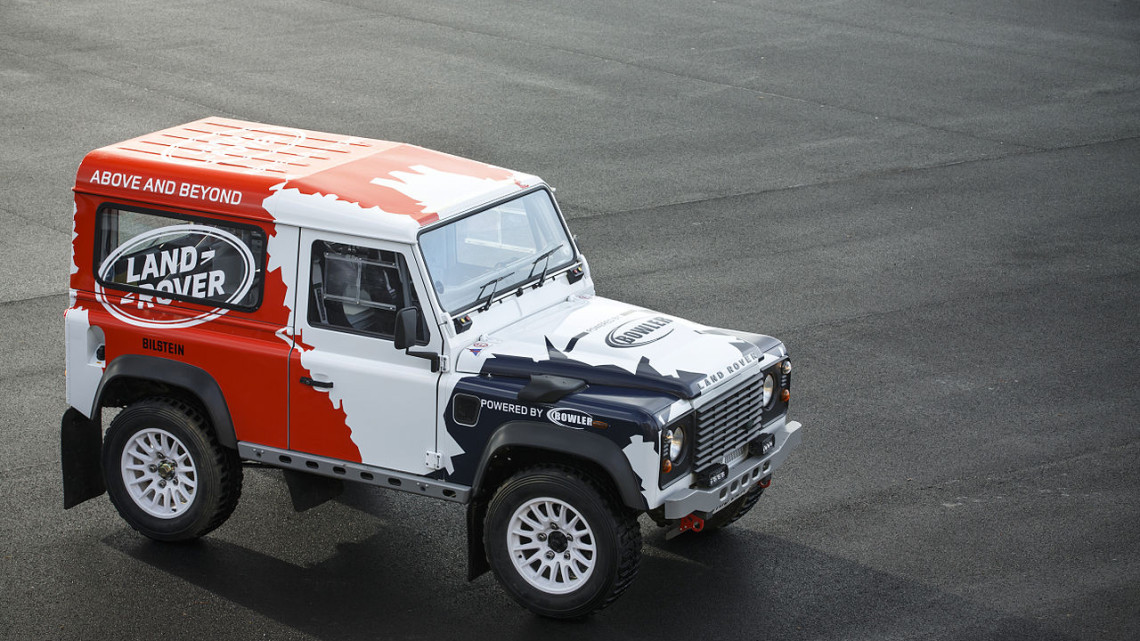 Drivers competing in the 2014 ‘Defender Challenge by Bowler’ race series face a rough ride and a new set of challenges when they arrive in Wales to tackle Round 4 this weekend.

The one-make rally championship heads to Walters Arena, on the southern edge of the stunning Brecon Beacons National Park, for a gruelling two-day event. Officially called the Welsh Hill Rally, it will push competitors and the legendary Land Rover Defender to the limit.

Jon Chester, Brand Director at Bowler, commented: “It’s going to be tough for everyone. Walters Arena and the surrounding area has got everything from fast forest track to old quarries, steep inclines to ruts, jumps and bogs.”

Being the world’s most capable all-terrain vehicles, Land Rover models are no strangers to harsh terrain. This section of Wales is particularly familiar as development work for the brand’s vehicles is carried out in the area.

Jon added: “It’s going to introduce new experiences to the drivers and that’s why it’s an important part of the series. It’s nearly 100 miles of extreme off-roading with no Tarmac stages. It’s will be physically demanding and there’s no chance to relax. The entrants will have to learn to read the terrain and drive in a way that’s sympathetic to their vehicle.”

The Race2Recovery entry, sponsored by Land Rover, will make its third appearance with Ben Gott, Team Principal at the wheel and Stéphanie Bourdais continuing her training as navigator. The team is continuing to train and recruit new team members for future international rally-raids.

The ‘Defender Challenge by Bowler’ series is in its inaugural year. The seven-race season began in March and is designed to act as a feeder series to the annual Dakar Rally, as well as other global rally-raid competitions. This weekend nine vehicles are scheduled to race, part of a 35-strong field of different classes.

The Defender Challenge car is a Bowler-modified Defender 90 Hard Top. Under the bonnet is a standard 2.2-litre diesel engine – though up-rated to 170bhp and 450Nm by Bowler Motorsport – mated to a six-speed manual transmission. The vehicle is completely road-legal but fitted with an MSA-approved roll cage and fire extinguisher system.

After this weekend, three rounds of the challenge remain. Competitors will meet further off-road challenges in Shropshire and Dorset, before the season finale in Dumfries in mid-November. Entrants will also have the option of competing in further rallies in Europe and North Africa alongside the Bowler Works team.