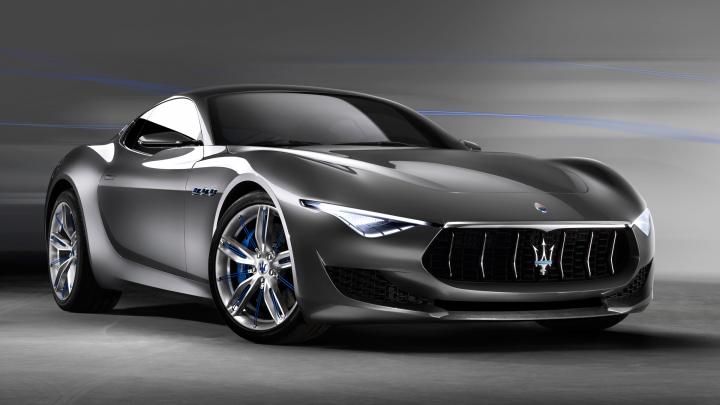 Maserati revealed the gorgeous Alfieri concept, shown above, in 2014, but the automaker never made it clear exactly when we’d see it in production. At Fiat Chrysler’s capital markets day in Italy today, the Alfieri’s future has finally been confirmed. It’ll be an all-electric replacement for the aging Granturismo, with some incredible performance potential.

In a presentation outlining the five-year plan for Maserati, FCA promised that the Alfieri will do 0-62 mph (0-100 km/h) in the two-second range and have a top speed beyond 186 mph. That performance would put the Alfieri on par with the upcoming Rimac C_Two and new Tesla Roadster, two all-electric future supercars, and make the Alfieri one of the quickest cars on the road.

The Alfieri will ride on an aluminum spaceframe platform, and will eventually be offered as a convertible in addition to the coupe. It’ll also offer active aerodynamics in some capacity. It seems like the Alfieri will be made both as a plug-in hybrid and as an all-electric vehicle; we’ve reached out to a Maserati spokesperson to confirm, and will update this post with any information we receive.

It’s not totally clear when we’ll see the Alfieri, but it will likely arrive before 2022. Over the next five years, Maserati promises we’ll see all-new versions of the Levante SUV and the Quattroporte sedan, plus a new smaller SUV. These vehicles will all ride on a shared modular platform offering 50-50 weight distribution, perhaps a version of the Giorgio platform that underpins the Alfa Romeo Giulia and Stelvio. The smaller Ghibli sedan should see an update at some point too, though a full redesign was not indicated in the five-year plan.

Maserati is going big on electrification—it plans to offer plug-in hybrid variants of all its models, plus all-electric versions of the Levante, Ghibli, Quattroporte, and of course, the Alfieri. Maserati promised future electric cars from the brand will offer three-motor, torque-vectoring all-wheel drive and 800-volt battery technology.

The brand was also quick to remind everyone of its “exclusive” partnership with Ferrari, which currently builds Maserati’s engines. So, that arrangement seems like it’s not going away any time soon.

One slide in Maserati’s presentation shows the Tesla and Porsche logos, so we know which brands the Italian automaker hopes to compete with. We’re just excited the Alfieri will finally see the light of day, because it looks gorgeous and sounds promising.

Next post Funding your first car – Just how easy is it?