Ferrari Doesn’t Make Anything Close To The McLaren Senna 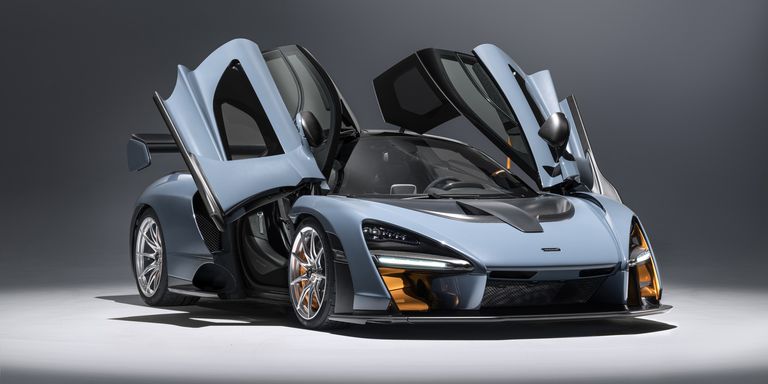 The Senna–the newest member of McLaren’s Ultimate Series–is no doubt the most radical road car ever built in Woking. In fact, it would be hard to find a wilder product from any automaker that builds thousands of cars each year. And there’s a lot more to the Senna than the pure figures, although I do need to hit you with some of those to start.

Thanks to its 789 horsepower V8, purposefully complex carbon fiber body and lack of a weighty hybrid system, McLaren’s latest will catapult to 62 mph in 2.8 seconds. It will also reach a top speed of 211 mph, even when dropped to the ground in Race mode.

At speed, its active aero and new Pirelli Trofeo Rs can generate 40 percent more downforce and 30 percent more lateral grip than the P1 did. And when even that’s not enough (and you happen to travel at 124 mph), its Brembo-developed CCM-R brakes can stop it 52 feet sooner than the P1’s Akebono brakes could put the hybrid to a halt.

Those monstrous 390mm x 34mm carbon ceramic discs take seven months to create, and McLaren remains very tight-lipped about why. What we do know is that the material is blasted with high temperatures while kept under extreme pressure, which changes its chemical structure. Then, the cooling vanes are machined into the disc, rather than molded. McLaren says these thinner, and therefore lighter discs have four times the thermal conductivity and are 60 percent stronger than conventional carbon ceramics.

Made of 170 individual sheets, the Monocage III is the stiffest McLaren chassis ever. It features an upper structure and a double-walled rear assembly that also works as a built-in protective roll cage, while leaving just enough space for two crash helmets and race suits. Above those, the rear bulkhead can be specified with glass as a no-cost option, offering a view into the engine bay packing 789 horsepower at 7250 rpm.

Imagine: in your mirror, a twin-turbo V8 trying to escape with every high-load gearshift.

Naturally, more air needs more gas, and so the Senna comes with two high-flow fuel pumps. McLaren insists that this solution is still more efficient than a larger single unit would be, since the primary pump does most of the job, with the backup only joining in once you’ve really floored it.

To help with the packaging of all those gizmos, the side-mounted radiators are replaced by a single, centrally mounted unit, fed by a central intake venting via two ducts in the hood. Additionally, a pair of front ducts just above the main intake guide air through the front clamshell to add to the downforce pot.

The final aerodynamic element at the front of the car is an air path located between the headlights and daytime running lights, made possible by splitting the headlamp cluster into two units. Which, as you’ve guessed, is 33 percent lighter than the P1’s, as well as more powerful with its 21 LEDs.

The upcoming Senna GTR will push the limit even further, and if you don’t fancy the design, try to get over that first impression. This is an uncompromising engineers’ car, and the design team had to fully respect that in order to reach the performance targets. They have never been set higher. The three-seater BP23 will be different. Less muscle, more class.

Sennas will take around 300 hours to build, and together with the 106 BP23s, these two new Ultimate Series cars should keep McLaren busy until they crack how to make an electric hypercar for the major league. The mule is out there already, but for them, the technology is not there yet. Think mid-2020s, and possibly, more seat padding.