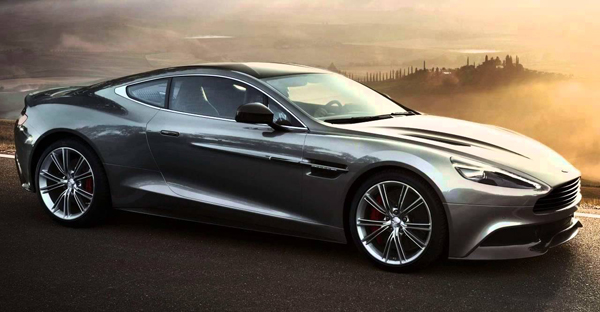 MUCH IS RIDING ON the graceful arched back of the Aston Martin DB11. It’s the car that will either lead the company into its second century or help consign it to a fate like that of MG, Rover, and Triumph.

“The DB11 is the first of the next generation of core cars,” says Andy Palmer, president and CEO. After securing funding with a series of loans, Aston is busy building a new lineup (see sidebar) and aims to become a sustainable, independent company for the first time in its history. But that will only happen if this car is good.

Early indicators are positive. The DB11, which debuted in 2016 with a 5.2-liter twin-turbo V12, was radically redesigned from the Tony Blair–era DB9 it replaced. Feminine voluptuousness gave way to overt masculinity. Sucked-in sides and a massive hood with bulges and vents imbued the DB11 with devil-may-care charisma. But V12s aren’t for everyone—especially those in countries that tax based on engine displacement, such as China—and Aston needs to move metal. So we now get a second option, a V8, courtesy of Mercedes-AMG.

When outsourcing, you’d be hard-pressed to do better. The twin-turbo 4.0-liter, basically the same engine found in the AMG GT, can’t match the V12’s output, but the new car weighs some 250 pounds less. Engineers massaged spring rates, bushings, anti-roll bars, and stability-control software to capitalize on the V8’s lighter weight. Chief handling engineer Matt Becker—formerly of Lotus—says they paid particular attention to the setup of the rear suspension, which translates to the feel of the front tires. The tires and brakes are the same on both DB11 variants.

The payoff of the V8 car is a livelier driving experience. It is only one-tenth of a second slower to 62 mph than the V12, in Aston’s testing, but it feels faster, because the smaller engine revs quicker. The ZF eight-speed transmission, familiar from the V12 DB11 and countless other cars, shifts cleanly and quickly. Both coupes are game for rapid changes of direction, but in tight turns, the V8’s lighter nose encourages you to push far harder.

Next post Ferrari Doesn't Make Anything Close To The McLaren Senna