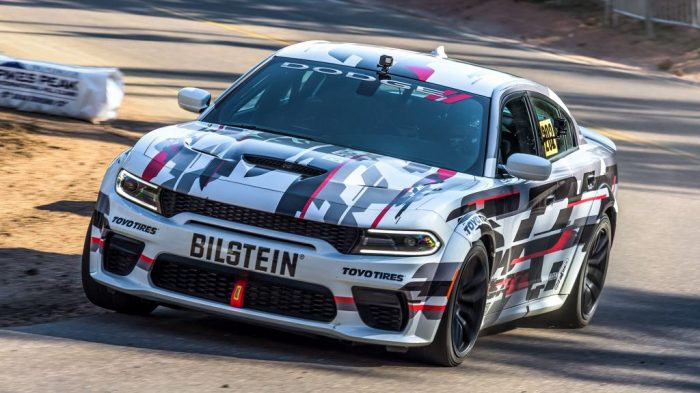 Longtime MotorTrend test pilot and all-around hotshoe Randy Pobst will make his fourth career attempt at the Pikes Peak International Hill Climb this weekend in Colorado. This time, he’ll be behind the wheel of a race-prepared Dodge Charger SRT Hellcat Widebody as he climbs to the finish line.

Sunday, June 30, 2019 will mark the 97th running of the Pikes Peak hill climb. The course packs 156 turns into 12.4 miles between its 9,390-foot-high start to the 14,115-foot finish line. The ever-thinning air above 4,725 feet of elevation places strain on both driver and vehicle, adding a unique dimension to the legendary race.

With a racing career spanning 40 years, Pobst is especially prepared for the task. Among his many accomplishments, he holds over 90 pro wins and numerous lap records, including at Laguna Seca in an SRT Viper ACR and Road Atlanta behind the wheel of a Porsche GT2 RS Weissach. Viewers of MotorTrend On Demand will recognize Randy from shows like Head 2 Head and The Racing Line. Unfortunately, there is no television or livestream coverage of the Pikes Peak event. But stay tuned to MotorTrend.com for updates on how Randy is doing.

Next post 2020 BMW X6 Revealed, Looking More Distinct From X5 Than Ever Before

Previous post Another Ford GT Is Coming, And This Is It