Another Ford GT Is Coming, And This Is It 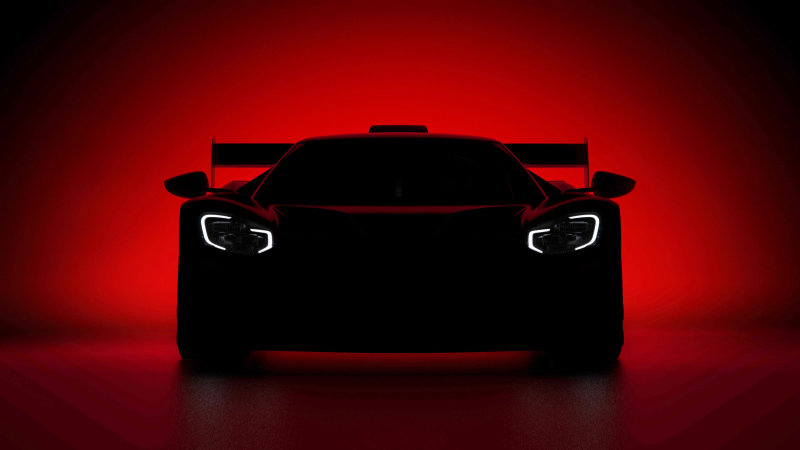 Get excited, everyone. There’s another Ford GT coming. Ford just dropped this teaser of a shadowy, winged GT supercar staring back at us, and it certainly has our hearts pounding.

Sadly, information about the unnamed GT version is even scarcer than most teasers we typically get. Here’s the text direct from the Blue Oval: “Ford will make a special Ford GT supercar announcement during a dedicated press conference from 4:45 a.m. EDT, July 4, at the 2019 Goodwood Festival of Speed.”

Multimatic will be on site for the announcement, with chief technical officer Larry Holt in tow. If you’re in the UK for Goodwood, you’ll want to be at the Ford stand in the Drift Paddock for the news. And that’s all the official information available for the time being.

So for now we’re left to gaze at this great teaser photo Ford provided us. The wing is absolutely massive, like race car levels of massive. Also, it has a roof scoop, which is something the normal Ford GT doesn’t have. Beyond these couple of details, it’s hard to tell much of anything apart from the Ford GT we already know and love. Clearly, Ford is after something a bit racier with this version. We’ll have to wait until Independence Day to see the car in full, as a new American supercar makes its world debut in the country we declared independence from on that day’s anniversary.