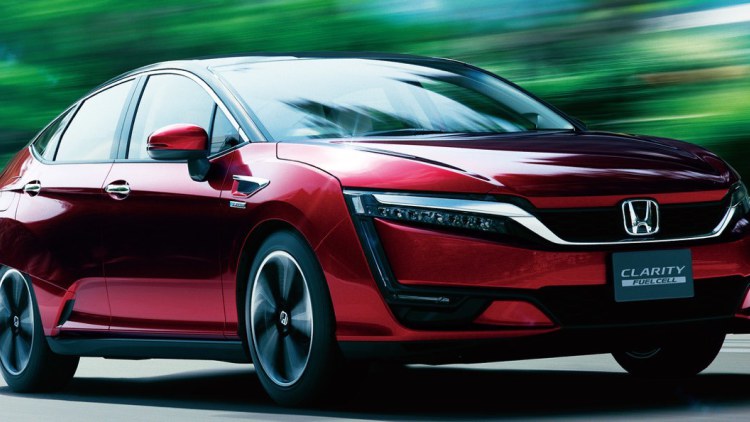 For Honda’s upcoming electric vehicle, size matters. So does price, to a lesser extent. As for range? Not quite as much. Honda will start selling a battery-electric version of its Clarity sedan this spring, and will provide it with a single-charge range of about 80 miles, Automotive News reports. The automaker has yet to announce pricing on the Clarity EV.

Such a single-charge range puts the Clarity EV’s range at about a third of the Chevrolet Bolt’s 238 miles. Additionally, both BMW and Volkswagen have tweaked the batteries on their i3 and e-Golf EV models to boost distance performance to the 115-to-125-mile range. Hyundai is about to enter the fray with a battery-electric variant of its Ioniq sedan that will have a range of 110 miles.

Long known for its gas-powered vehicles’ impressive fuel economy, Honda, compared to Japanese competitors such as Toyota and Nissan, has maintained a relatively small presence in the electrified-vehicle sector. The company, which will also sell a plug-in hybrid version of the Clarity, tells Automotive News that it wants to keep the all-electric reasonably priced. Additionally, the company said the primary complaint about its Fit EV was that model’s size, spurring Honda to ensure that the Clarity EV’s dimensions were a little more family-friendly. Honda sold 407 Fit EVs in 2014 (sales during the subsequent years were at a trickle), down 28 percent from the 526 it sold in 2013.

Honda last year divulged details of what it calls its Clarity series, which was hatched with the company’s limited-production fuel-cell vehicles. Last month, Honda sold 42 Clarity fuel-cell vehicles after moving just eight units all of last year, and two units each in 2015 and 2014.