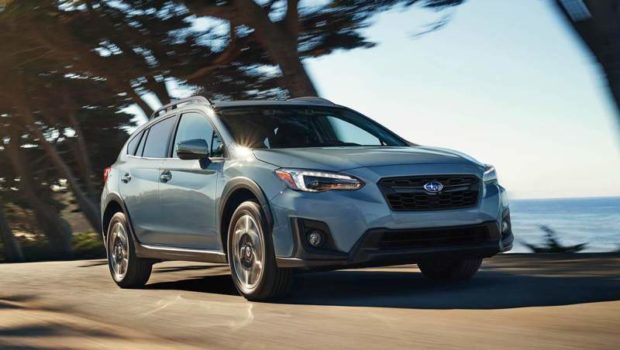 Subaru’s first plug-in vehicle is coming, and it’s coming soon. The end of 2018 is upon us already, and the 2019 Subaru Crosstrek Hybrid is almost ready for primetime. This time around, it has a plug, a feature that is notably absent from the car’s nomenclature, à la the Chrysler Pacifica Hybrid. It will also borrow its PHEV technology from Toyota and now, we have California Air Resources Board (CARB) documents that suggest the Crosstrek Hybrid’s all-electric range.

The Crosstrek, which will use Subaru’s own 2.0-liter gasoline engine, doesn’t appear to suffer a reduction in electric range compared to the Prius Prime despite its size, elevated ride height or all-wheel-drive system, which raises a lot of questions.

The reasons are still unclear, as we don’t have a lot of details about the underpinnings of the 2019 Crosstrek Hybrid, and we can’t help but be skeptical about those figures. Will it have a bigger battery than the Prime’s 8.8-kWh pack? Will the electric motor drive all four wheels, or will it only power one axle under all-electric power? What other mitigating factors could add efficiency and, in effect, range to this Subaru? Are these calculations, in fact, indicative of the yet-to-be-announced official figures? Of course, we’ll have to see how the EPA’s final estimated driving range shakes out before we draw our official comparisons.

We’ll know a lot more when the 2019 Crosstrek Hybrid gets its official debut before the end of this year, plug and all.