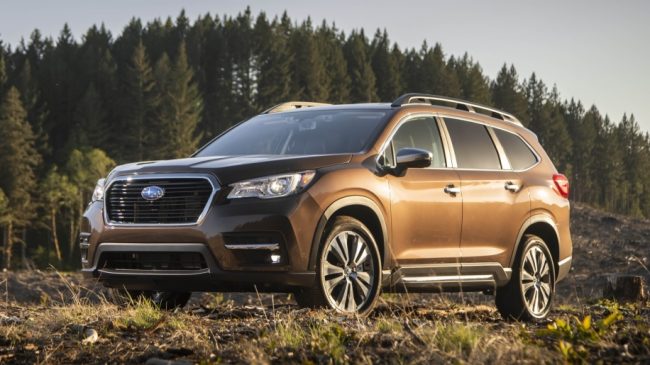 The brand-new 2019 Subaru Ascent could very well be called the Mulligan. You may have heard the term used by amateur golfers as a sort of do-over for an egregiously bad first shot. But in the case of the Ascent, Subaru’s largest-ever vehicle, it means that the Japanese automaker gets one more chance to build a successful three-row crossover for America.

Instead of trying to forget the unloved and slow-selling Tribeca, we get the sense that Subaru wants to keep that massive failure at the top of its collective mind. And we also got the sense that Subaru’s engineers and product planners are confident that this time, they’ve hit a perfect drive off the tee — if not at Pebble Beach, then at least at one of the thousands of reasonably priced golf courses dotting the landscape of suburban America.

All the pieces of the crossover puzzle are in place: seven- and eight-passenger seating options, a sizable cargo area, standard all-wheel drive, and class-appropriate fuel mileage estimates. But, this being a Subaru, the manner with which the Ascent hits its targets varies a great deal from many of its competitors.

There are some interesting creases and bends in the Ascent’s bodysides that add visual interest to what would otherwise be big, flat, sheetmetal stampings. And we have to commend Subaru for its restrained use of plastic underbody cladding, especially since the original Outback helped popularize that trend in the mid-1990s.

Compare the Ascent with two of the best-selling competitors in its class, the Honda Pilot and Toyota Highlander, and Subaru’s offering looks perfectly sized on paper. In practice, a six-foot passenger will have plenty of room in the second row, which is adjustable for leg room and seatback angle.

There are no sport modes to fiddle with in the Ascent, just a standard baseline setting, and that is just fine by us. This isn’t a sporty car, so a single well-thought-out and sorted setup makes sense. The Ascent rides comfortably over harsh pavement but isn’t sprung so softly that it wallows through corners, at least not when there’s just a driver and single passenger onboard.

Which is a very good thing. Because while everyone loves a feel-good story about second chances in life, there’s just no way Subaru will convince buyers it deserves another mulligan.

Next post Nissan Unveil Convertible Version Of The New LEAF