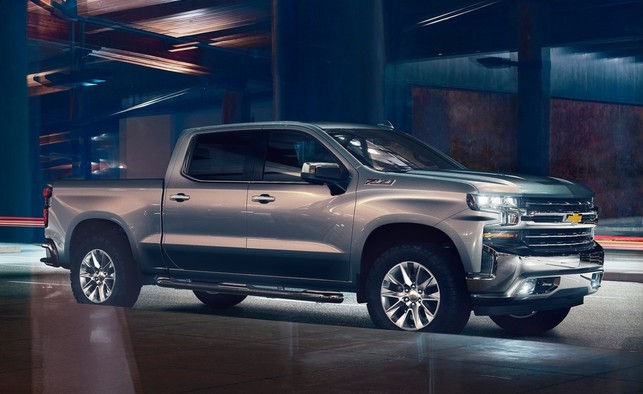 Chevrolet announced the 2019 Silverado will be available with a new 2.7-liter turbo four-cylinder making 310 hp and 348 lb-ft of torque. Impressive numbers, especially when you compare them to a V8 Silverado from just five years ago.

So, it’s taken just a half-decade and one turbocharger for a four-cylinder to better a small-block V8 in a pickup truck. That’s what progress looks like.

Of course, the true proof of the new engine’s worth will come when fuel economy and payload/towing capabilities are announced—Chevy hasn’t revealed either item just yet. The automaker did point out that the four-cylinder model will be 380 lbs lighter than a current Silverado with the 4.3-liter V6. That huge weight savings combined with an eight-speed automatic should allow the 2.7-liter four-cylinder to offer excellent fuel economy.

Chevy will offer the 2.7-liter turbo as standard on two trims, the high-volume LT and RST models. The 4.3-liter V6 will still come standard for the basic Work Truck, Custom, and Custom Trail Boss. And if fuel economy is a big concern, Chevy also has a new diesel for the Silverado 1500, a 3.0-liter turbo inline-six.

It’ll be interesting to see how buyers respond to the four-cylinder. While it doesn’t seem to cede anything on paper to the V6 (or indeed, a five-year-old V8), buyers might not want such an engine in a half-ton pickup. We’re just curious to see how it stacks up.