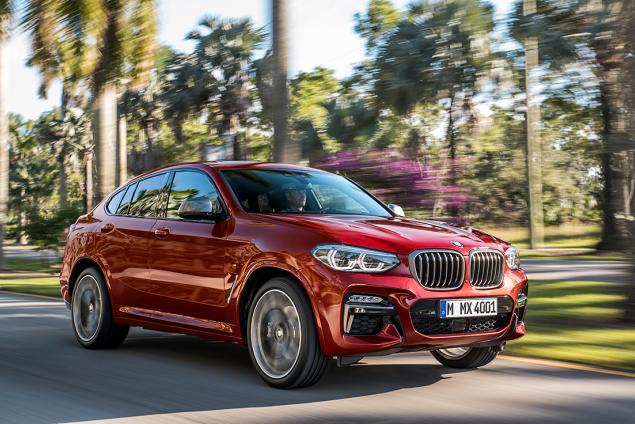 When the new BMW X3 debuted last summer, it was only a matter of time before it got a fastback “coupe” sibling. Today marks the debut of the 2019 X4, which is set to be revealed in person next month at the Geneva Motor Show. It gets its own chassis tuning, but otherwise, it’s basically an X3 with a different body.

The IMSA WeatherTech series is having great success with its new DPi formula, while the World Endurance Championship (WEC) is having a major rethink of LMP1 following Porsche’s departure last year. Autosport reports that WEC wants a new, lower-cost LMP1 formula in place for 2020/2021, and that it wants IMSA to eventually adopt these regulations. If IMSA were to adopt the WEC’s formula, it would mean top-level prototypes would be able to compete at Daytona and Le Mans.

There are already some differences in approach between the US and the European series, however. IMSA is keeping things simple and low-cost in DPi by requiring that manufacturers supply and engine and bodywork, but not a chassis. WEC wants LMP1 teams to be able build their own cars from scratch, which is much more expensive than building a DPi car. Automakers running DPi cars are unlikely to want to switch to a more, potentially costlier LMP1 formula, even if it means they can go to Le Mans.

Each year, the Goodwood picks one automaker to be honored at the Festival of Speed. This year, it’ll be Porsche, which is celebrating the 70th anniversary of the 356, and thus, seven decades of building rear-engine sports cars. There’ll be a big sculpture in front of Lord March’s house created in tribute to the brand, and you can bet a lot of its cars will be featured throughout the weekend.

Next post The Italdesign ZeroUno Roadster: For When A Pagani Is Just too Commonplace