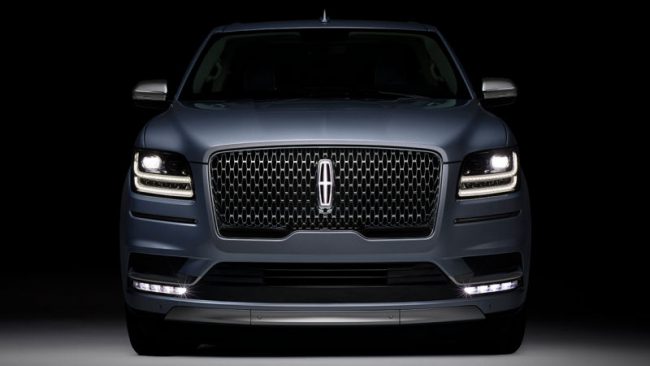 When we think of flagships, we tend to think of full-size sedans and sport coupes. For decades, they’ve been the pinnacle of automotive achievement, the absolute best a brand can offer in luxury, technology, performance, or a combination thereof. The world has changed, though, and although coupes were never high-volume products, the once-mighty sedan is on its way to being a niche body style as SUVs and crossovers take over the world. Today, SUVs can and will be brand flagships, just as the 2018 Navigator is for Lincoln.

In the past we haven’t thought of the Navigator in the way we might think of the S-Class, but it’s been the de facto flagship for years, and this new one might just push the conversation in that direction. We tend to define luxury in what’s lacking, namely discomfort, noise, and inconvenience, and the Navigator lacks all of them.

The selling point of any luxury vehicle, and especially a flagship, is its interior, and that’s where we’ll start. I don’t normally comment much on design because it’s entirely subjective, but I’m breaking my policy for the Navigator. The new interior is a knockout. It’s wholly unique and derivative of nothing. As much as the new Volvo interior design is unreservedly Scandinavian, the Navigator’s design is unmistakably and unabashedly American.

What’s missing, and where Lincoln has an opportunity to go further upmarket with future trim levels, is an executive rear-seat package à la the Ranger Rover SV Autobiography and Volvo XC90. More than a few people will be chauffeured in Navigators, and adding those 30-way seats and a champagne chiller to the second row would really catch some favorable attention.

The third row remains a Navigator strength. It has surprisingly comfortable seats, a flat floor, and lots of head-, shoulder-, knee-, and elbowroom. Third-row passengers even get USB charging ports, but they have to make do with plastic panels everywhere, not leather and wood. No one offers a fancy third row, though, so we can’t blame Lincoln for that. The seats power flat into the floor for extra cargo space. The second-row seats, meanwhile, tilt and slide forward to create a reasonably large access space to the third row.

If some of the criticisms seem especially sharp, it’s because expectations were so high and the delivery was so well-executed in most regards. The 2018 Lincoln Navigator has turned a page. It’s no longer an also-ran. Leaping from the back of the segment to the front, it will undoubtedly be noticed by consumers and the competition. With it coming so far, you can’t help but root for it to go the next step, too, and really knock the other guys back on their heels. Regardless, it doesn’t detract from what Lincoln has accomplished. The new Navigator isn’t just light years better than the old one. It’s also a serious contender for class leader, and that’s no small feat. 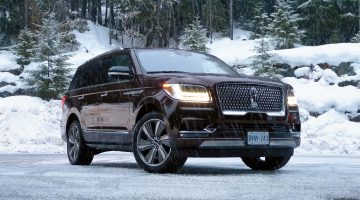