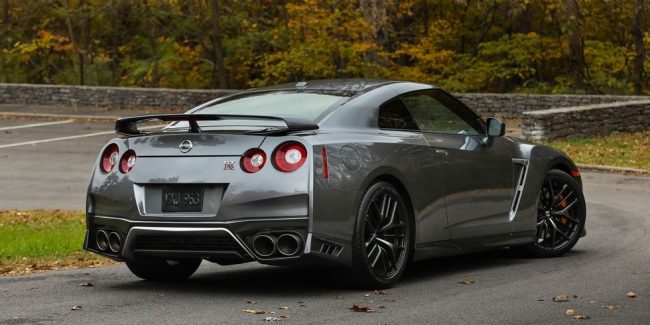 When it arrived in 2008 costing well under $80,000, the Nissan GT-R was an incredible performance-car bargain—for the money, nothing came close. Slowly, though, GT-R pricing crept up, with the 2014 base model finally eclipsing $100,000. The GT-R was still a good value, but as it faced younger, increasingly capable rivals, it wasn’t a bargain. Thankfully, Nissan realized that.

For the 2018 model year, Nissan just announced the GT-R Pure edition, which carries an MSRP of $99,990. So it’s not cheap, but it’s the first time a new GT-R has dipped below six figures in four years.

The GT-R Pure does away with the 11-speaker Bose audio system, active noise cancellation, active sound enhancement, and titanium exhaust that came standard on last year’s base model, the Premium. The GT-R Premium is still available for 2018, however, carrying a $110,490 MSRP.

Both the more-focused GT-R Track Edition and NISMO return for 2018 too, costing $128,490 and $175,490, respectively. The GT-R isn’t getting any mechanical updates for 2018, which means the Pure, Premium and Track Edition make 565 hp, while the limited-production NISMO makes an even 600. Apple CarPlay now comes standard, though, which seems like a good thing.

The extra sound-related features offered in the 2018 GT-R Premium are nice, especially the titanium exhaust, but not at all necessary for this sort of car. The Pure trim might be the sweet-spot for most GT-R customers, and it could help boost sales as this car soldiers on without a replacement in sight.