Much like the big Hawaiian island Hyundai’s new subcompact crossover is named after, Hyundai sees the tiny 2018 Kona as a big deal. 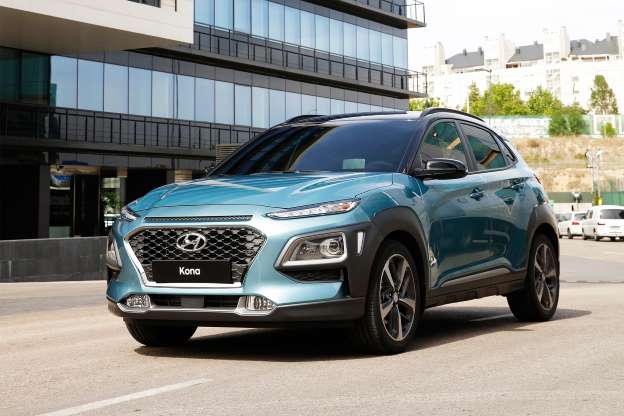 The all-new subcompact crossover slots below the compact Tucson in Hyundai’s lineup. It is Hyundai’s first B-segment SUV and competes in one of the hottest segments in the auto industry right now—one that is growing in virtually every corner of the world. The Kona joins a growing field of subcompacts, which recently saw the introduction of the new Toyota C-HR, and Ford is bringing its EcoSport to the U.S. Even sister Kia will have a competitor with the all-new Stonic, which will also use the new platform that underpins the Kona.

Hyundai has brought us to Seoul, South Korea, with about 400 other journalists for the Kona’s global premiere. The small SUV will be sold around the world, starting in Korea next month and followed by North America and Europe. The 2018 Kona will go on sale in the U.S. in the first quarter of next year.

The Kona joins Hyundai’s SUV/crossover lineup, which includes the Tucson, Santa Fe, and Santa Fe Sport. These vehicles are crucial to Hyundai’s success in today’s market, where customers continue to choose utility vehicles over cars. Hyundai has posted a series of declines in quarterly profits as sales slumped in China and the U.S., and in 2016 Kia did the unthinkable when it outsold Hyundai.
Before he was fired late last year, Hyundai Motor America CEO Dave Zuchowski openly spoke of the sales challenge the automaker faced in the U.S. With a portfolio heavily weighted in cars, compared to companies that flourished with strong light truck and SUV lineups, Hyundai has frantically tried to catch up with the Kona crossover and Santa Cruz pickup getting green-lighted for production.

The Kona has the potential to turn fortunes around. It is being billed as an urban SUV with a low, wide stance and bold and modern styling for an adventurous buyer, complete with “armor” on the front and sides and wing-type fenders. The Kona also offers the first look at the design direction for the next generation of Hyundai SUVs, complete with Hyundai’s now-signature cascading grille with a mesh pattern.

Hyundai also has the electric Ioniq, and Kia has the Niro Electric coming next year, a testament to the Korean commitment to pure electric vehicles. They are both derived from the same dedicated platform.

The Kona has a McPherson strut front suspension; there are different rear suspensions for two-wheel- and four-wheel-drive vehicles, the latter having a dual-arm multilink system. The Kona’s lightweight steel body is made, not surprisingly, of Hyundai steel.
Safety systems include forward collision avoidance that brakes automatically if the driver fails to, lane keep assist that will steer when required, high-beam assist, driver attention warning when the car recognizes you are not driving well, blind-spot collision warning, and rear cross-traffic collision warning.