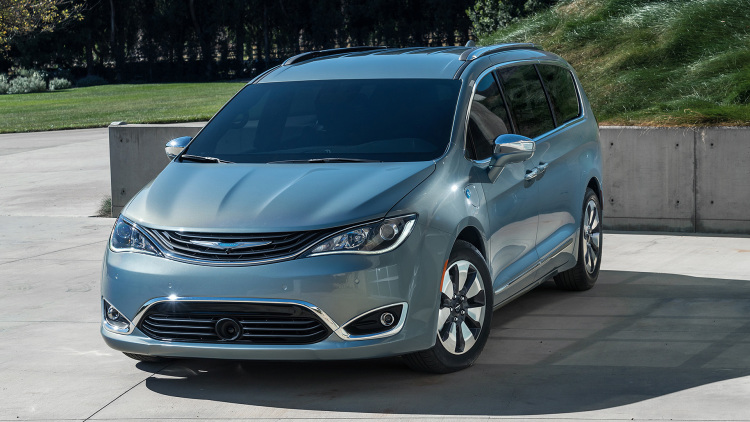 In the 1980s, minivans succeeded station wagons as the vehicle of choice to move families. The Chrysler Town & Country, Dodge Caravan, and Plymouth Voyager broke that ground, and Chrysler has owned the segment for most of its existence.

For 2017, Chrysler has reworked, refocused, and renamed its minivan effort, ditching the Town & Country moniker in lieu of the Pacifica nameplate. The odd recycled name aside, it’s not only far superior to Chrysler’s outgoing minivan, but, with most of the competition several years old, the new Pacifica is easily the current class leader.

But while the minivan’s practicality is undeniable, they’re not always the most efficient. It’s a wonder, then, that no competitor has packaged a hybrid system into a minivan before – especially Toyota, given its dominance in hybrid everything else. Toyota does offer a hybrid minivan in its home market, but the Sienna’s only calling card is that it’s now the sole American van to offer all-wheel drive, something Chrysler gave up when it started hiding the seats in the floor years ago.

Owing in part to its newness, the non-hybrid Pacifica was already one of the most fuel-efficient minivans on the market, with ratings of 28 miles per gallon highway, 18 city, and 22 combined. Add in the hybrid equipment, with its 16-kWh battery pack providing 30 miles of electric-only range, and the new Pacifica Hybrid achieves an astounding 84 MPGe, trouncing everything else in the segment (because, again, it’s the only hybrid van). When working as a hybrid and not in EV mode, the Pacifica Hybrid nets a combined rating of 32 mpg. On a full tank and a full charge, it has a range of 566 miles.The Pacifica Hybrid ditches the standard model’s nine-speed automatic for Chrysler’s in-house-designed dual-motor eFlite electrically variable transmission. The eFlite features two electric motors that are capable of powering the wheels through a one-way clutch. In practice, the transmission behaves like a conventional CVT, with a mostly seamless handoff between powering the wheels and recharging the battery pack. There is no way to force the system into using just the gas engine to preserve charge like on other hybrids. Chrysler says this is to maximize efficiency and make the transition between power sources as seamless as possible.

Aside from all of the new plug-in hybrid bits, the Pacifica Hybrid doesn’t differ much from the standard model. That’s no knock, as the new Pacifica shames most everything else in the class. The interior is well designed and well equipped. Standard active noise cancellation makes it so you don’t need to shout to third-row occupants. UConnect continues to be one of the better infotainment systems on the market, though this version doesn’t yet offer Apple CarPlay or Android Auto functionality.

Looks are subjective, but we think the new Pacifica is one of the most attractive minivans. The general van shape doesn’t lend itself to long, low, and wide styling characteristics, but Chrysler designers have managed to make the Pacifica good looking, if not quite beautiful. It’s certainly an improvement over the outgoing Town & Country, which looked like a dated rental van from the moment it appeared on dealer lots.Assuming you can take advantage of the credits, the overall cost makes the hybrid a very compelling offering. It drives and handles just as well as the standard model, you can cover a day’s worth of errands on electricity alone, it’s substantially more fuel efficient even when running as a plain hybrid, and most of the time it’s quieter and smoother than the standard model. You do lose the fantastic Stow’n Go seating in the second row, but that’s the only real sacrifice.

We’re firmly in the hybrid camp. Know that this is coming from someone who likes to drive and who has no nostalgia for minivans, instead growing up in Volvo station wagons and GM SUVs. Most of us in this office are childless, but we still advocate for the practical minivan to anyone who will listen. The Pacifica Hybrid is easily our new top pick for this segment, as it offers something the Honda Odysseys and Toyota Siennas of the world simply can’t. And yeah, we’re pretty excited about it. 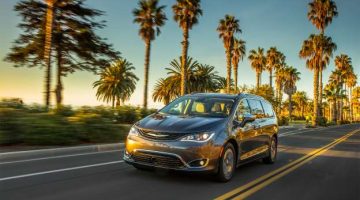