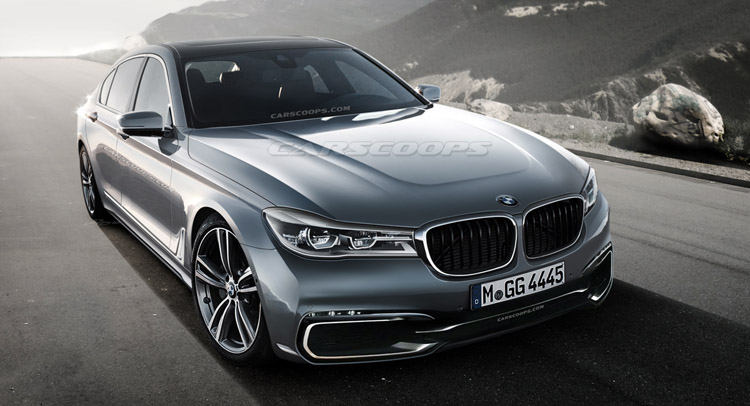 Flagships demonstrate strength. “This is what we can do,” these cars say with emphasis. Since 1977, the 7 Series has been a rolling showcase of BMW’s capability. Sure, BMW makes racecars, but the mighty 7 is a proud reminder that the Roundel also stands for luxury.

Except the 7 Series has been eclipsed by the Mercedes-Benz S-Class, a technological tour de force that Mercedes haughtily calls the industry’s flagship. BMW makes a pretty nice car, but no one would dare call it that. Bimmer should probably just lower the flag, right?

Not yet. Most of history’s famous flagships have been fighting machines. They exude confidence, but also pack a punch. And with the 2016 7 Series, BMW is unleashing a broadside on Mercedes and the rest of the industry.

Rather than raw power, the sixth generation of the iconic 7 Series is loaded with sophisticated technology that makes the new sedan more luxurious and comfortable. While it looks familiar from the outside, most of the improvements are in the cabin or under the skin. Things like the carbon fiber used for the passenger cell that help the 7 Series shed 190 pounds compared to its predecessor. Or the touchless gesture control that allows you to accept or decline phone calls with simple hand motions. Even the infotainment system is better, with a pinch-to-zoom feature that makes iDrive less confusing and more like the user-friendly iPad.

It’s a lot of high tech stuff, but the driving experience is still the top priority for BMW. To test its mettle, we traveled to the Monticello Motor Club in rural New York. After several hot laps on the road course (more on that later) we slip behind the wheel of an Arctic Gray Metallic 750i xDrive for some public road driving. The big car immediately masks its largess on the twisting rural state routes. With 445 twin-turbo V8 horsepower urging us forward, we barrel ahead as the countryside blurs by.

Once we settle into a relaxed, legal pace and get our bearings inside the car, we check out some of the new tech. The gesture control is easy to activate while driving, and with a twirl of a finger we turn up the silky-sounding Bowers & Wilkins system. Gestures actually work as advertised. No one calls us, but during an earlier demonstration we were able to decline a call with a dismissive backhand. It felt good. “Gesture control is one of those things that you when you have it, you wonder how you ever lived without it,” BMW board member Ian Robertson said. Check it out, below.