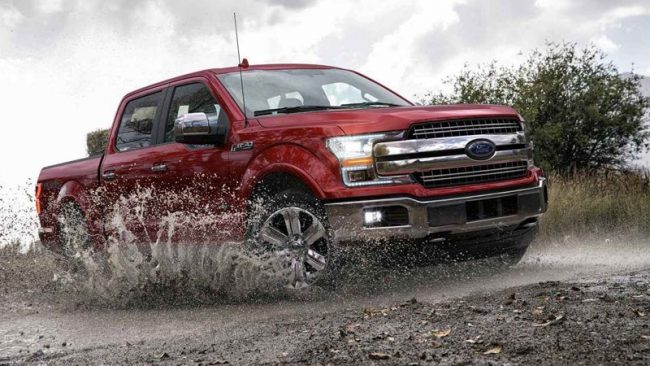 Could Ken Block take a stock Ford F-150 and have a blast ripping it around the desert? Yes. Would that be the Hoonigan Ken Block way? Absolutely not. First, he needed more speed, more lights, more graphics and more custom off-roading gear.

Block debuted this new Ford Raptor at the beginning of the year, but he never gave it the full proper video feature that it deserved. The first portion of the video details exactly what has been done to this beast to make it a supertruck. He relied on California-based Raptor-focused SVC Offroad, which also did Block’s RaptorTRAX, for all the work.

Nearly every important piece on the Avalanche Grey 2017 Raptor has been altered, including the engine. SVC took the twin-turbo V6 and gave it a new tune, an SVC intercooler, an SVC intake, SPD turbo adapters and a Stainless Works exhaust system. Block estimates power to be around 550 horsepower and 600 pound-feet of torque, up from about 450 horsepower and 510 pound-feet of torque.

Giving the truck a meaner look, the Raptor’s new exterior parts include a Gen2 Mojave front bumper with a skid plate, a Gen2 Baja rear bumper, a Gen2 Bypass bed rack with tire storage and wide ADV fiberglass front fenders. A 50-inch light bar up top and a 30-inch bar in the front bumper from Rigid Industries will add extra visibility in the dust. The flashiest feature, however, is the HOONIGAN logo graphics that reflect light, for the illusion of glowing in the dark.

Previous post What Happens When You’re in a Hit-and-Run Accident?