Porsche Evaluates Electric Macan For 2022, Lineup That’s Half Ev By 2025 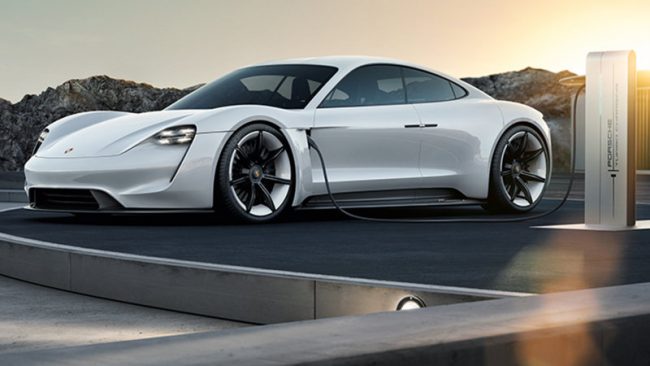 Porsche has outlined more plans for its gradual switch to electric powertrains. The Taycan sedan, which will go on sale next year, will spearhead a more fully electric model portfolio, which will account for more than 50 percent of Porsche sales from 2025 on.

Porsche Chief Financial Officer Lutz Meschke spoke to journalists at Porsche’s development center last week, as reported by Automotive News. Meschke said that the Taycan is likely to be followed by a battery-powered SUV by 2022, likely an electric version of the Macan (though Porsche also showed a Mission E Cross Turismo, sort of a lifted Taycan, at the Geneva Motor Show earlier this year.) The first-generation Macan, which is Porsche’s bestselling model, is due for replacement around that time. It would be built on an electric platform Porsche shares with Audi.

The fully electric SUV has not received a green light, but it looks likely. “There is no final decision yet, but you can expect that this will be the case because we need a large-volume model that is fully electric. This idea will then progress further with the next generations of the Panamera and Cayenne model lines,” Meschke said. “The direction for the large four-door models will be toward full electrification.” The bigger vehicles are not only a relatively late addition to the carmaker’s roster, but also crucial for Porsche’s profitability, so they will be electrified first.

Meschke also stressed that other model lines would have to follow suit in the long run. “We’re a relatively small company, and we will not be able to afford to offer a combustion-engine version in addition to pure-electric models in the long term,” Meschke said, visualizing an “overlap of two to three years” with both electric and combustion-powered cars for sale side by side. “You cannot immediately make the switch in all regions.” The electrification of the sports car lines would start with the 718 Cayman and Boxster, which Meschke said would be “feasible.”

Other Porsche executives have stated earlier that the 911 would also gain hybrid technology when the time is right. The 911 is still the core product of the company, and Porsche CEO, Oliver Blume said earlier this year that a PHEV version of the 911 could appear around 2023. But full electrification and autonomous driving are technologies that Porsche is likely to keep away from the 911 bloodline as long as possible. The GT3 will possibly be the last 911 model to remain completely traditional, a naturally aspirated car with a manual gearbox.