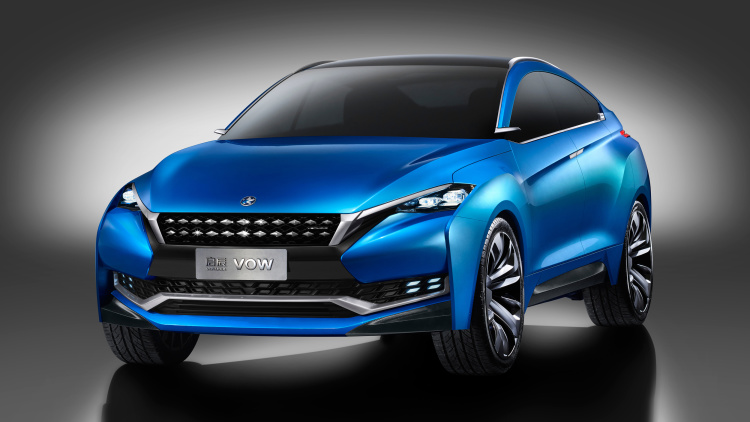 Among the dozens of automakers pouring in to the Shanghai Motor Show this week to showcase their latest wares, this one comes from a brand you may never have heard of. It’s called Venucia, and it’s the product of a joint venture between Nissan and Chinese automaker Dongfeng.

Today Venucia has unveiled the VOW Concept, a sporty-looking crossover designed to appeal to young Chinese buyers and previewed in a teaser rendering last week. The design is said to have been inspired by the Salar de Uyuni plateau in the Bolivian Andes, but reminds us a bit of the Lamborghini Urus and Mitsubishi XR-PHEV concepts. And that’s no bad thing.

Technical details are few and far between, but the name VOW apparently stands for “Venucia Over Wonder,” that brand name itself having been derived from the Roman diety Venus. Beyond that we couldn’t tell you any more, but even if the VOW concept gets put into production, the chances are slim to none that any version would ever reach a showroom on our side of the pond in the foreseeable future.