Hyundai Is Getting Ready To Revolutionize The Hybrid! 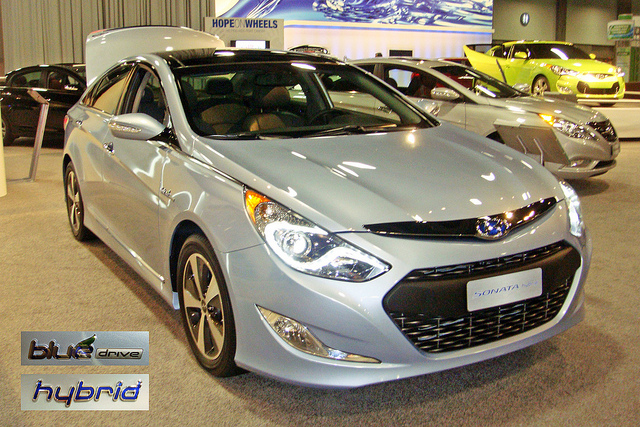 Hyundai has been spotted testing a concept car that appears to be a new model that will be only available as a hybrid. Similar to the Toyota Prius. So, more accurately, Hyundai is mimicking the model for hybrids already in place. After all, if you can’t beat them join them. But, before we look in depth at Hyundai’s new model that may be fully unveiled later this year, it is interesting to look back at the history of hybrids.

What Is A Hybrid?

If you do not know what a hybrid car is, we can only assume you have been living under a rock for quite some time. Just over a decade ago car companies were faced with a problem. People were starting to notice that the environment was being damaged by pollution, and this was an issue, because cars cause a lot of pollution. To combat this, clever scientists developed the hybrid cars that use less fuel. Until recently hybrids still used some petrol but recently cars have been developed that run well on pure electricity. In Fact, there is even a supercar that does not need petrol to run, although it does take around two-four hours to charge.

The Benefits Of A Hybrid

For the consumer, the benefit is obvious. If you use less petrol you are spending less money on fuel, and that means you have more money to spend on wants, rather than needs. But you can buy older Hyundai models, available from sites like www.gmtautowest.com/custom/Used-Hyundai-in-St-Charles. These cars have a similar fuel output to hybrids. It is also worth pointing out that up until recently hybrids were simply not an affordable option for the average consumer. But now they are priced quite reasonably.

The benefit is there for the car companies as well because it means they will be in line with C02 regulations when they come to fruition in 2020. But it also shows the general population that they care about the environment, earning them good publicity. It has certainly been effective with sales of hybrid and electric cars increasing eighty percent over last year alone.

Spy photos have taken shots and given us glimpses of the new model, but it is well covered, so we don’t know what it looks like. What we do know is that it will be a direct rival to the Toyota Prius and that it will be available to buy by the end of 2016. We also know that the car has what appears to be a plug in port. This means there is a model that will run purely on electricity, but it is expected to be released after the more traditional version of a hybrid.

It is no surprise that Hyundai are developing this type of car as the heads of the company have previously mentioned that they wanted a model on the market last year. They also stated that their aim was to continue to expand the number of hybrid models they sell. You should expect other companies to follow suit, and we for one cannot wait to see what they come up with.