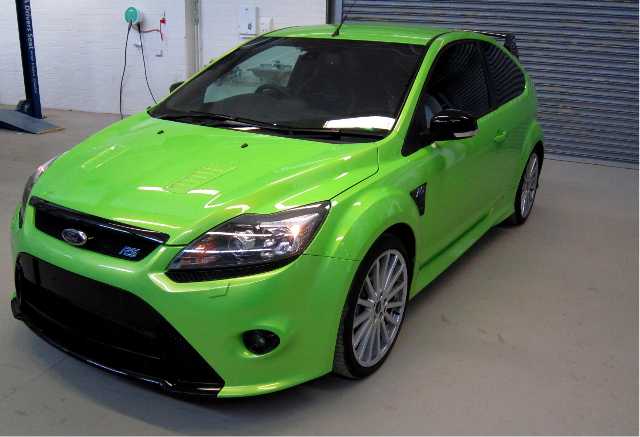 Ford are set to release their anticipated Ford Focus RS in 2016. It’s set to be the latest model in Ford’s hugely successful Focus range. The first ever Ford Focus RS got released way back in 2002, but this new model looks set to be a different animal altogether. The car will be available on the global marketplace and looks set to debut at just shy of £30,000.

One of the newest and most exciting features of the new RS is that Ford have decided to equip it with four wheel drive. Following the steps of rivals like Audi they’ve gone for a sophisticated four-wheel drive system. This looks set to usher in a new era for the Ford Focus. If successful the newest RS could be a trendsetter for the future of Ford as a brand.

The Ford Focus has always been a leading Ford range. In fact, it may well be their crown jewel. Throughout the years, the Focus has always been incredibly popular. You only need to look at the number of models on display at Imperial Car Supermarket to see that! The Focus RS looks set to increase the influence and impact of the Focus range.

So, what is the new RS like and how does it differ to older models? Well, for one thing it’s a powerful little number. The four wheel drive function has allowed Ford’s innovators to increase the power and speed. Indeed, the car packs a whopping 2.3 litre four-cylinder turbocharged EcoBoost engine. To give you some idea, this is the same engine currently used by Ford’s new Mustang, the classic muscle car. To compliment its engine, the car is equipped with 316 brake horsepower, which might even increase in later models. Ford have remained guarded about fuel economy numbers. But they do state that economy and emissions will be better than in previous models.

As previously stated, this is a fast and powerful hatchback. It’s ready to come rampaging out of showrooms and make its mark on the open road. And judging by its pace and power it shouldn’t have issues going toe to toe with competitors.

The bodywork is glistening, elegant, but also trendy and modern. The front boasts a large grille that gives the car a bullish charm. The side profile is in the same style as previous RS models, complete with widened wheel arches. The car is a sexy, sophisticated hatchback ready for the modern world.

Which brings us to the interior of the car. Everything in the interior got designed and added with a purpose. To keep up with the sporty-looking exterior, the interior contains a plethora of sporty features. The seats and steering wheel wouldn’t look out of place on the racing circuit. The audio system and touchscreen control system keep this an attractive, contemporary model.

If you’re looking for a powerful, speedy hatchback chock full of spunk, sass and sex appeal, you can look no further. Make sure you’re first in line to pick up on of the new Ford Focus RS models when they hit the market next year.

Next post Cover Your Bases When You Buy a Car