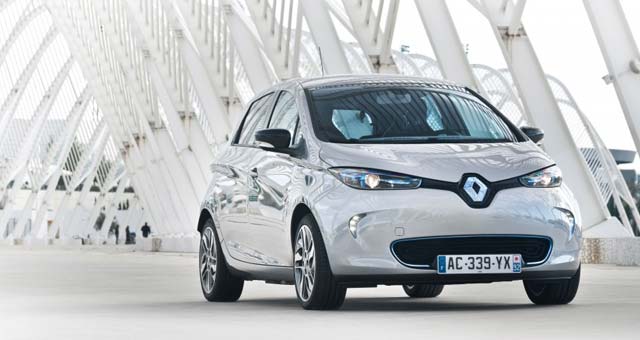 France has unveiled plans to provide diesel car drivers with up to a 10,000 euros (US$11,310) grant to switch to plug-in electric cars.

The initiative forms part of France’s 2015 environmental road map outlined by Energy and Sustainable Development Minister, Segolene Royal and forms part of a backdrop which has seen some hint diesel could be phased out by 2020.

According to Segolene Royal, from April the government will introduce a bonus of up to 10,000 euros ($11,310) for the purchase of an electric model if the customer elects to replace an old diesel vehicle. 6,500 euros ($7,350) will also be given out to new owners of plug-in hybrid electric vehicles. “We have to eliminate old diesel cars that are more than 13 years old and have no filters,” commented Royal.

The two models are France’s best-selling passenger car EVs. French sales of the Zoe were 5,970 last year, according to analysts Inovev. Leaf sales were 1,604.

Royal’s comments on diesel cars fall in line with the recent measures by the French government, which in December announced it would increase the so-called TICPE excise tax on diesel by 2 euro cents per liter, claiming a total of 807 million euros this year from consumers. French drivers have been encouraged to buy diesel cars over gasoline because of more affordable taxes – now environmental groups lobby the government to align the levies. Additionally, French automakers also believe the new measures would spur consumption, as buyers will re-orient towards new cars with better fuel consumption.