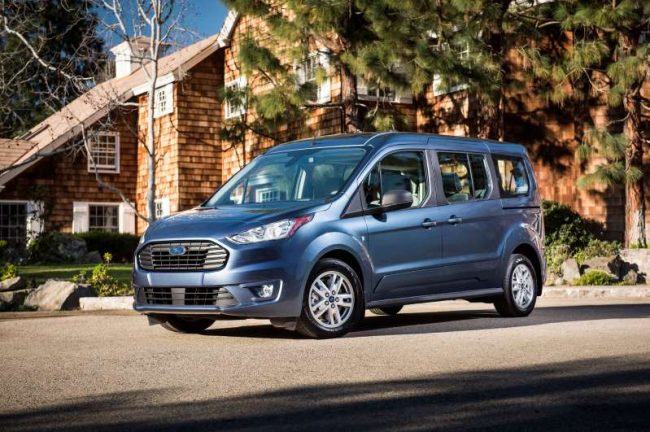 Ford announced the 2019 Transit Connect achieved the highest combined and highway EPA fuel economy ratings among other small vans, thanks in part to the TC’s all-new 2.0L direct-injected I-4. The Transit Connect passenger van—Ford calls it a Wagon—hits 24 city/29 highway mpg, with a combined rating of 26 mpg. (Dock the cargo van by 2 mpg highway and 1 mpg combined—the city rating stays the same.)

Those numbers compare very well to the van’s fleet-only 2.5L I-4, which gets 20 city/27 highway/22 combined mpg. They’re also better than the 1.5L EcoBoost I-4 offered for the Transit Connect in previous years, which hit 22 city/29 highway/25 combined. And the Transit Connect cargo van’s fuel efficiency eclipses that of the Ram ProMaster City (21 city/28 mpg/24 combined mpg) and Nissan NV200 cargo van (24 city/26 highway/25 combined). Finally, Ford claims the Transit Connect Wagon is the most efficient gasoline van out there, beating the (much larger) Honda Odyssey, Chrysler Pacifica, and Toyota Sienna by about 5 mpg in the city.

The TC’s new 2.0L naturally aspirated engine gets an efficiency boost thanks to its standard eight-speed automatic transmission and auto start/stop technology. Producing 150 hp and 144 lb-ft, the engine isn’t as powerful or torquey as the outgoing 2.5L I-4, but it should be up to the task of local deliveries and family daily driving.

In addition to the gas-powered Transit Connect Wagon’s fuel efficiency, Ford is notably proud of its interior and cargo space as well. For example, the Transit Connect features more cargo volume behind the first row than the fullsize Chevrolet Tahoe SUV. With a maximum payload of 1,350 pounds and a towing capacity of 2,000 pounds, the TC can haul a pretty impressive amount of stuff to go along with its available seven-passenger seating.

The Transit Connect is available in two lengths and two configurations (Wagon and cargo-only van), and the 2.0L engine is on sale now. We expect to see the 1.5L EcoBlue diesel sometime next year.