Clean air zones and the scrapping of petrol and diesel 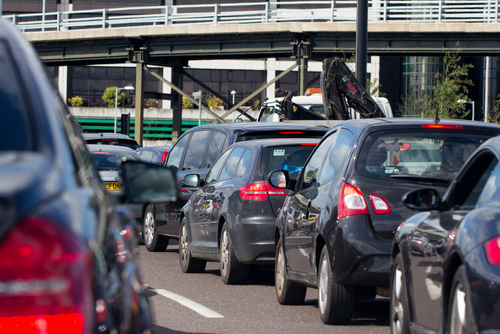 With a global drive towards cleaner air, the UK government has confirmed that it will stop all sales of petrol and diesel vehicles by 2040. But are there any initiatives to promote cleaner air happening in the two decades leading up to the national ban?

Evidently, providing residents with cleaner and safer air is high in priority for councils across the country. For example, Oxford city council has announced plans to become — what they believe to be — the world’s first zero-emission city. Itoptimistically pledges to ban petrol and diesel cars from Oxford city centre roads by2020, and even hopes to extend this zone throughout the whole city within 15 years.

According to research, this push towards cleaner air has been a long time coming. Although, arguably the UK has lagged behind many other nations until now — both Norway and Germany are on their way to hitting their clean air targets by 2025 and 2030. Up to 40,000 premature deaths a year are believed to be connected to poor air quality in London, which is one of the reasons behind the government’s determined steps towards outlawing petrol and diesel motors. It’s worth knowing that diesel cars are said to emit 50% more toxic emissions than the legal limit.

Around the UK, many major cities are also showing a strong commitment to improving air quality, with five of the most polluted regions in the UK — Derby, Leeds, Nottingham,Birmingham, and Southampton — introducing ‘clean air zones’. The government defines a ‘clean air zone’ as: “an area where targeted action is taken to improve air quality, and resources are prioritised and coordinated to shape the urban environment in a way that delivers improved health benefits and supports economic growth”.

But what defines a clean zone? Essentially, these areas are deigned to restrict access to vehicles causing high pollution. Within this, the drivers of these motors are charged for entering a designated clean zone. The aim is to encourage drivers to change to cleaner, electric or hybrid vehicles to prevent receiving a fine. Restrictions will limit who can enter the zone with the introduction of entry charges, time-of-day restrictions and/or blanket vehicle bans. Vehicles who emit zero emissions, or ultra-low emissions will be exempt from charges within the clean zones. However, to begin with, only buses, taxis and HGVs are likely to be charged for entering clean zones, and privately-owned vehicles will be exempt.

But why only these vehicles? There is a point of contention when it comes to the scrapping of diesel cars. Previous governments actively encouraged the sale of this type of engine, so the current government wants to make it clear to drivers, who were told to buy diesel by former governments, that they will not be penalised for it now.

Although this a sticking point, the government is now determined to encourage drivers to stay away from diesel and petrol by introducing a diesel scrappage scheme in the future. This is to be used as an incentive for drivers to upgrade their older vehicles for a new, cleaner vehicle.

Clean air zones are just one step on the road to cleaner air and improved health in the UK. With more cities investigating the feasibility of introducing clean air zones, this small piece of the puzzle could prove to be a significant approach to reducing pollution.

This article was researched and created by Motorparks — a new and used car dealership offering competitive prices on Jaguar F-Pace Black vehicles.