2019 Mazda3 Gets Only Two Engines In U.S.; Here Are Details On Suspension, AWD 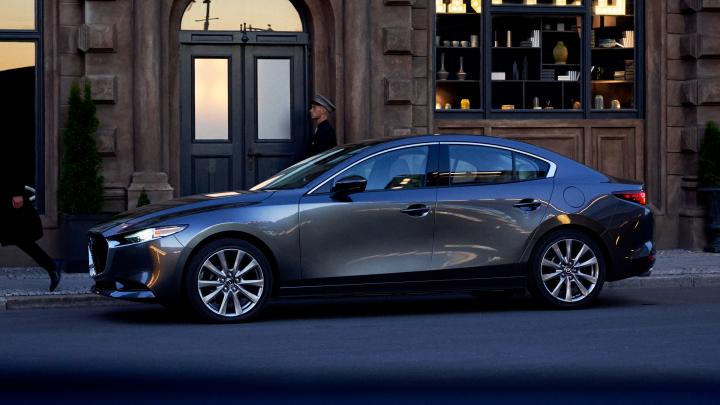 We learned a lot about the 2019 Mazda3 hatchback and sedan when it made its debut at the L.A. Auto Show. It will still have a manual transmission, it will offer all-wheel drive for the first time, and it’s a stunner inside and out. But we still had questions about some of the details, so we spoke with folks from Mazda, including a couple of engineers for details on engines, suspension and drivetrains.

First off, of the five engines announced for the Mazda3, just two of them are slated for the United States. At launch, the Mazda3 will be offered only with a naturally aspirated 2.5-liter four-cylinder. It’s mechanically pretty much the same as what you’ll find in the Mazda CX-5 and Mazda6. It even features cylinder deactivation.

The Skyactiv-X engine will become available later in 2019. It will be rolled out in Europe first, with America coming after. When it does come here, it will be offered in states with stricter emissions regulations before coming to other states.

While we’re on the topic of engines, we also probed a bit about the possibility of the turbocharged 2.5-liter engine coming to the Mazda3. We did get the typical response of not being able to comment on future product.

This all-wheel-drive system we’ve mentioned is interesting, too. Mazda has engineered it to work in tandem with the G-Vectoring systems. In case you’re not familiar or don’t remember, G-Vectoring cuts power briefly at turn-in to shift weight forward, increase the contact patch of the front tires, and generally make the car more eager to enter corners. G-Vectoring Plus, which will be on the Mazda3, adds a dab of brakes to the outside front wheel to help the car straighten out more readily on corner exit.

Finally, we come to the rear suspension. We were surprised to see the Mazda3 abandon a multi-link rear suspension in favor of a torsion-beam rear end. Torsion beam suspensions are generally considered less capable and refined since it ties both wheels together. Sometimes it’s used because it’s cheap to develop, or because it’s easy to package.

We’ll be able to let you know whether all of this fancy engineering makes the Mazda3 a better car when we get to drive it in person. That won’t be very long either, as we’ll have an opportunity early next year. So stay tuned for a full review in a few months. And in the meantime, keep telling Mazda to give us the turbo engine!