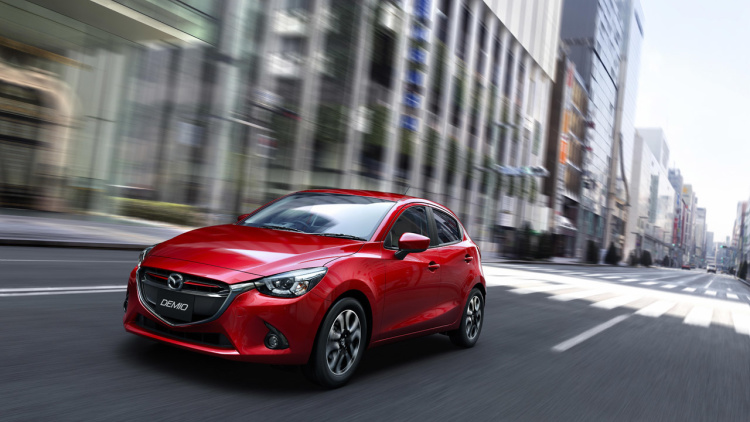 Hoping to get your hands on the new Mazda2? Don’t get your hopes up too high, because the latest word has it that the new hatchback won’t be available in the United States. According to the report from Automotive News, Mazda’s US office has decided against bringing the new Mazda2 to American showrooms. This despite it being made just south of the border in Salamanca, Mexico.

The reasons are apparently two-fold. For starters, Mazda sales offices around the world have been clamoring for larger allotments of the new 2, and the company can only supply so many. “We could have had it, but we would have had a number that didn’t make much sense with 600 dealers and with the marketing it takes to launch a new car,” Robert Davis, Mazda’s senior VP of US sales operations, told AN. For another, Mazda is apparently not convinced the new supermini would resonate with US buyers, who are increasingly migrating towards crossovers. So Mazda is focusing instead on “products that make us and our dealers considerably more profit than a Mazda2 does.”

That doesn’t mean the latest Mazda2 will be entirely out of our reach forever, though. The company’s agreement with Toyota will see a sedan version sold in the US as the Scion iA. Mazda is also certifying it to US safety and environmental standards so that it can sell the 2 in Puerto Rico, which means that it wouldn’t take much to change course and bring the hatchback into the US in the future: “It’ll always be there if we need it,” Davis told AN.

Reached for comment, a spokesman for Mazda’s North American operations told Autoblog that “The Mazda2 launch in the U.S. market is on hold in order to evaluate the B-Car segment and enable us the opportunity to focus on the launches of the refreshed Mazda6 and CX-5, and the all-new MX-5 roadster and CX-3 subcompact crossover SUV.”

That leaves the aforementioned CX-3 – which is, incidentally, based on the same architecture as the Mazda2 – as the smallest mainstream model that Mazda will offer Stateside.