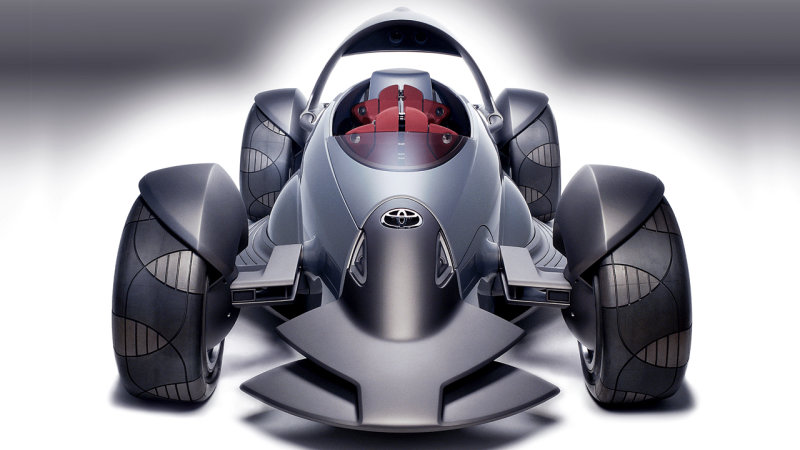 Word has it that Toyota is planning a rather radical new sports car concept for debut later this year. According to Australia’s Motoring website, the project calls for an open-wheel, three-seat sports car concept. It’s tipped to pack a 1.5-liter four-cylinder hybrid powertrain inside a narrow nose, driving around 100 horsepower through a CVT to the rear wheels.

Made largely of carbon fiber, the concept is tipped to pack a similar footprint to the Mazda MX-5 Miata, only with open (but likely fendered) wheels – sort of like on a Caterham Seven – and a three-seat cockpit with a central driving position. The concept is expected to debut at the upcoming Tokyo Motor Show late in October. If reactions are positive enough, the Japanese industrial giant could even put it into production by 2017.

Pictured above is the Motor Triathalon Race Car concept which Toyota unveiled at the 2004 Geneva Motor Show, featuring an open tandem cockpit, open wheels with individual electric motors, and a virtual-reality helmet. Naturally, that show car never made it to production, but we’re looking forward to seeing this next one take shape.