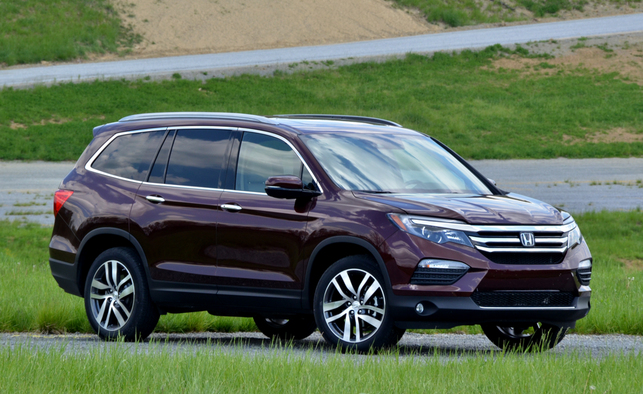 The 2016 Honda Pilot earned a Top Safety Pick+ rating after tests by the Insurance Institute for Highway Safety. The crossover scored the agency’s top Good score in all five evaluations, including the often tricky small-overlap frontal crash. The latest results give the 2016 Pilot the highest possible results from both NCAP and IIHS.

In the small-overlap frontal crash, there were only four inches of intrusion in the passenger compartment, and the airbags did their job of protecting the dummy’s head. Sensors showed a low risk of significant injuries. In comparison, the IIHS gave the 2015 Pilot Good scores in four tests, but the CUV had a Poor rating, the agency’s lowest, in the small-overlap test.

The optional Honda Sensing suite of safety functions put the Pilot over the top for the + score, and the tech earned a superior rating from the IIHS. The system combines a windshield-mounted camera and radar behind the grille and is available on the EX trim and above. It includes collision mitigating braking, a forward collision warning, lane keeping assist, lane departure warning, adaptive cruise control, and road departure mitigation.

Previous post A Rookie’s Guide To The Ultimate Motor Home