What Car Would You Buy if Money Was No Object? 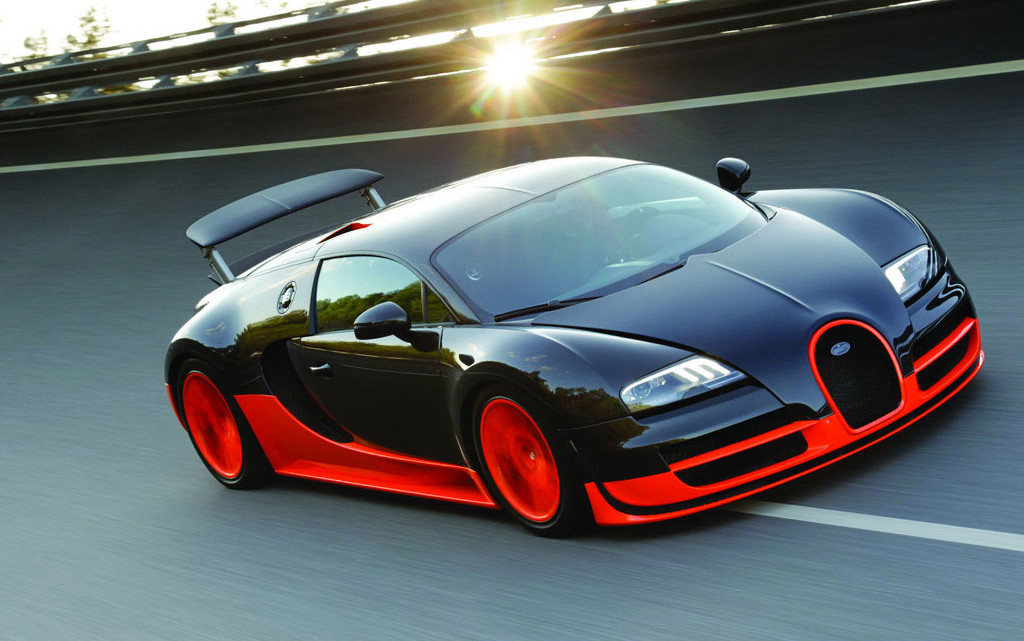 For most of us the process of buying a new car is all about working out a budget and sticking to it. This is the sensible way of getting the car you need and can afford but wouldn’t it be fantastic it money was no object?

If you could buy any car in the world which one would you choose? There are more amazing options out there than you might think.

This car has been around since the early 90s but still looks simply breathtaking. It can get up to 240mph from a standing start in just 3.2 seconds and was the world’s fastest street legal production car for more than a decade. The central driving position would take you a bit of time to get used to but it would be worth it for the thrill of driving one of the world’s great cars. Only 106 of them were ever built and famous owners include Ralph Lauren, Jay Leno, Wyclef Jean and Eric Clapton. Even though production stopped in 1998, McLaren will still fly out a technician when you need one. Of course, if you have a more conventional car you can use a service like MyCarNeedsA.com for any repairs needing done, without any need for people flying anywhere.

Since we just saw that the McLaren F1 is no longer the world’s fastest production car, you might be wondering what is. In that case, meet the Bugatti Veyron Super Sport. This little fellow gets up to 267 mph if you really put your foot down. It will cost you a reported £1.7 million for one of these sleek machines. Only 30 of them were ever made, with the even more exclusive World Record Edition being limited to a mere 5 models. If money was no object then this would have to be one of the top names on your new car shopping list.

Wouldn’t it sound great just to say the world “Lamborghini” when talking about your car? You’d need to be careful not to overdo it though. You wouldn’t want to annoy friends and work colleagues by slipping the name into every single conversation. Just once or twice a day would be enough. The engine noises made by this stunning car have been described as “seductive”. As well as wooing you with its noises you can also expect the relatively reasonably priced Huracán to blow you away with its power and performance. This is the 2014 replacement for Lamborghini’s best selling model, the Gallardo. Over 14,000 Gallardos were sold while it was in production and we can expect the new Lamborghini to be just as successful.

The Back to the Future DeLorean

Oh come on, you just would, wouldn’t you? The good news is that 6 different DeLoreans were used during the filming of Back to the Future, so you have a chance of tracking down and buying at least one of them. 5 of them are apparently in the hands of private collectors. The people who are lucky enough to own one of these iconic vehicles are presumably wealthy people. However, maybe you will be able to make them an offer you can’t refuse and pretend to be Marty McFly whenever you go out for a spin. Now all you need to do is find some gullible terrorists to sell you some plutonium and you’re ready to rock. If you want something a bit more reliable and less dangerous then you might be happy carrying on taking your regular, non time travelling car for its usual Ford, Peugeot or Vauxhall service to keep it ticking over.

What’s that? You want a car that you can take you over 88 mph without being sent back to meet your geeky father and worryingly sensual mother? In that case you might be interested in a Ferrari Enzo. Only 349 of these beasts were built, with Formula One technology at the heart of them. It comes with a strangely unfinished interior but that didn’t stop the asking price from being a cool million dollars.

Another of the world’s finest and most expensive vehicles is the Hennessey Venom GT Spyder. There is a good chance that it will go on to be the world’s fastest production car after more trials are carried out. It also need to sell more to claim this title, as a car need to have sold more than 30 to be crowned the fastest production car on the planet. At the time of writing less than 20 have been sold but it seems fair to suggest that quite a few people would gladly buy one if they could. You are talking about shelling out a million dollars if you really want one.

Is there a different car you would buy if money was no object?