Do You Like Quirky Cars? You’ll Love The Citroen C4 Cactus! 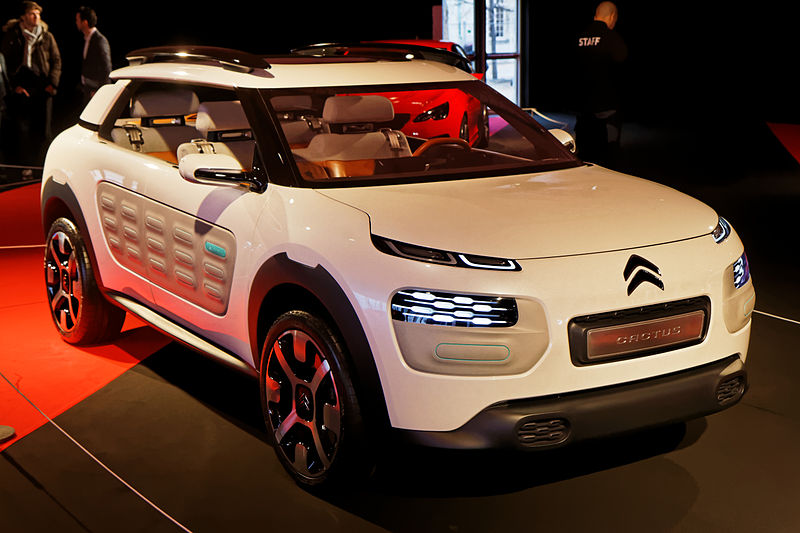 Citroen is no stranger to designing quirky and unusual cars. You might think that is a problem for today’s car manufacturers. But, as it turns out, the French car maker has managed to close a gap in the market where people want chic and stylish cars. At least, ones that deviate from “the norm”!

It’s no secret that the styles of cars Europeans want are often different to what you might find in the United States and elsewhere. Citroen’s aim is to produce vehicles that cover a broad spectrum in the car industry. With their latest incarnation, the Citroen C4 Cactus, they’ve certainly come up with “out of the box” ideas for that one!

If you’re thinking of buying a new car soon, I will assume you’re reading this because you want something a little different. The Citroen C4 Cactus might just be the car you are looking for! Here is what you need to know about this new model:

One of the biggest reasons why you would buy this car is because of its styling. Yes, it’s not to everyone’s tastes. But, if you wanted an “ordinary” vehicle with standard looks, you probably wouldn’t buy a Citroen in the first place.

Mark Lloyd was the lead stylist behind the C4 Cactus project. He had one shot at designing an eye-catching crossover hatchback, and he’s done well here. It’s one of those vehicles that looks like a concept car, except that it’s a production model!

Citroen has a particular vision for its future models, and it feels that Mr. Lloyd and his team have managed to bring that vision to life. The car is available in ten distinct colours, along with a choice of four colour options for the body mouldings.

The Citroen C4 Cactus is the kind of car that offers practicality mixed in with a stylish and futuristic design. There’s no denying that those funky body mouldings will protect the vehicle against bumps and scrapes. Especially in places like supermarket car parks!

When I was recently looking at some Citroens in the Bristol area, the model that stood out amongst the others was the C4 Cactus. Apparently, the “air bumps” on the sides of the car took over three years to develop. I bet you didn’t know that!

There are half a dozen engine choices for the new Citroen C4 Cactus, including two capable diesel options. You can also have a five-speed manual, or a semi-automatic transmission bolted to them.

Given the choice of engines on offer, I would recommend sticking with the manual gearbox. The automatic option isn’t as good as it could be on the Cactus, and there’s no doubt most people will want to drive a manual car.

The motoring press have applauded how the Citroen C4 Cactus provides functional suspension for a myriad of terrains. It doesn’t feel detached from the road like some of its competitors. And it’s still soft enough to keep your teeth in your mouth.

There isn’t anything extraordinary about the handling setup on the car. It just uses regular springs, shocks and 17-inch alloy wheels. If you’re after something that looks different from the norm but handles like a car should, I recommend taking the Citroen C4 Cactus out for a test drive!