A Thrilling Weekend With The Toyota Prius 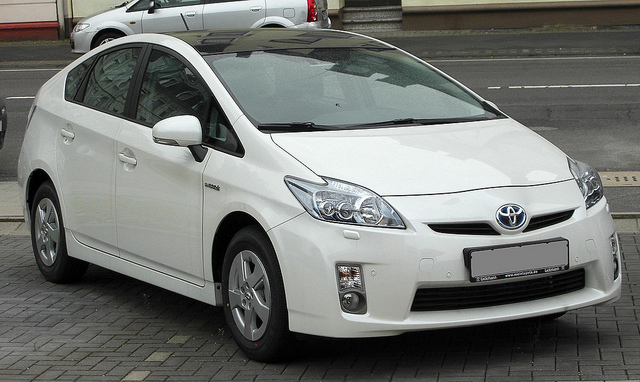 Last weekend I decided it was time to see what all the hype was about that surrounds the Toyota Prius. The hybrid vehicle is undoubtedly the world leader in its class and a showpiece for the latest technology.  The model I managed to get my hands on was a 1.8WT i Plug In Hybrid. After putting it through its paces for two days, I reluctantly sent it back to the dealership. It was impressive to say the least.

What Is Hybrid Technology?

It took decades to develop the first reliable and mass-produced hybrid vehicle. The technology involved is complex, but the principle is easy to understand. A hybrid vehicle uses two or more forms of propulsion to get it from A to B. In the case of the Prius, it is a 1.8l petrol engine and an electric motor.

Most technologies had to wait until they discovered how to make batteries that store enough power. The old milk floats of yesteryear used electric motors powered by banks of lead acid batteries that made the vehicle slow and cumbersome. They are not suitable for modern vehicles. Eventually, lithium cells came to our rescue and Toyota put them to good use.

You can charge this model from a household socket outlet, which is a huge advantage, as you can imagine. When driving around town, the electric motor silently wisps you along without causing pollution. On the open road, the petrol engine will kick in to drive the car and recharge the batteries. When you take your foot off the gas, the kinetic energy of the vehicle turns into electricity for the cells. It collects the energy that other cars waste.

The advantages of a hybrid are:

As you can imagine, the ride is virtually silent when you are running on the electric motor. If you have the radio on, you cannot detect any sound from the drivetrain at all. It is a pleasure to glide through congested towns and cities. The batteries are heavy, and the engineers had to find a way for the car to carry them without compromising the comfort for the passengers. They developed suspension that I would say is firm but not uncomfortable. I have driven many sports cars that have harder suspension than the Prius. You can expect a few jolts from the potholes around town, but they are not enough to make you back ache.

The car features automatic transmission and those who have never driven one before are in for a treat. People often complain that hill starts are difficult because the car rolls backwards when you take your foot off the brake to apply it to the accelerator. The intuitive Prius knows what is going on, and it will hold its position until you move forward. I was so impressed by the latest transmission that I am considering a switch from a manual gearbox in my next vehicle.

The Prius is full of the latest safety equipment as you would imagine. ABS is standard in most cars these days, but this model also comes with traction control and a brake assist system. They act together to make emergency maneuvering under heavy braking as safe as it can be. There are side airbags for both front and rear passengers. These features have saved many lives since their introduction so it is good to see them provided for back seat passengers.

The seatbelts have pretensioners, and the all-round disc brakes are adequate for the job of bringing a heavy vehicle to a halt quickly.

As a family man, the luggage space is an important factor when I review a car. I am happy to say that though the batteries take up a lot of room, there is still plenty left over. I won’t bore you with figures, but I will say that the storage space is on a par with other vehicles of the same size. I would not discount the Prius as a viable family motor on that fact alone.

This hybrid is a pleasure to drive; It can hold its own from a standing start against most other family motors. In fact, its 0-60 time is a little over ten seconds; that is impressive. It cruises easily at the national speed limit and the engine cuts in seamlessly when it needs to.

The Prius is full of cutting-edge technology, and the parts might be expensive to repair or replace if it breaks down. Luckily, it has a remarkable record for reliability, as can be seen in owner reviews online. Those who made the switch to hybrid technology are hooked and will never return to traditional engines alone. The biggest concern is how much the batteries will cost should they fail. As with all things, prices are coming down as technology makes them more affordable. If you buy a new Prius now, you shouldn’t worry too much about the batteries. They will last for many years.
I had a great time with the Prius and was a  bit sad to hand the keys back to the dealer. In the near future, batteries will become so efficient that the cars will not need the petrol engines at all. That can’t come soon enough.