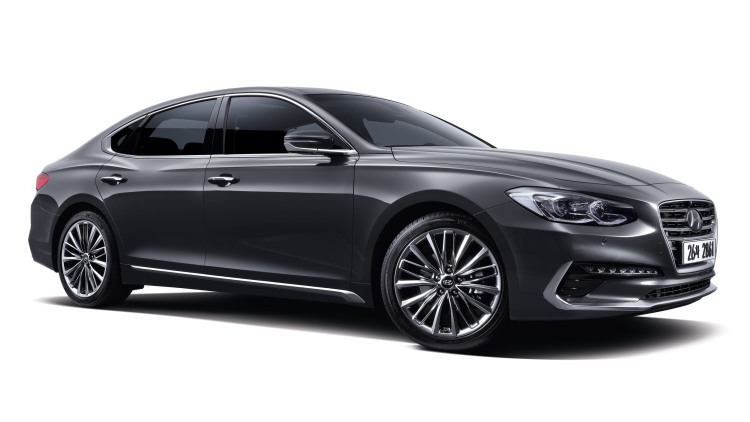 With the reveal of the new Azera, Hyundai has made it clear that it has no plans to leave the large, upscale sedan market. This South Korean Avalon-fighter underwent a significant redesign inside and out and will first go on sale in Korea next month.

Outside, the Azera has a significantly different and more formal, profile. While the previous model was rakish and wedgy, the new model adopts an upright version of Hyundai’s new corporate grille, along with a long hood and more vertical windshield. The flanks also receive long, flowing character lines that give it a muscular appearance. At the back, the Azera gets a new version of the full width taillights that the model has had since the nameplate’s introduction two generations ago.

The Azera also changes radically inside. Instead of the downward flowing dash of the old model, the new interior features an instrument panel that emphasizes width, with a dark top portion and lighter lower section. Sandwiched between the two halves of the dash is a section that rises up at the center stack to house the large touch screen and an analog clock, which looks a bit out of place.

Hyundai has yet to reveal any stats, pricing or availability for the new Azera, except for its aforementioned launch date in South Korea, where it will carry the Grandeur name. However, we would imagine more details will be coming soon ahead of its US launch.