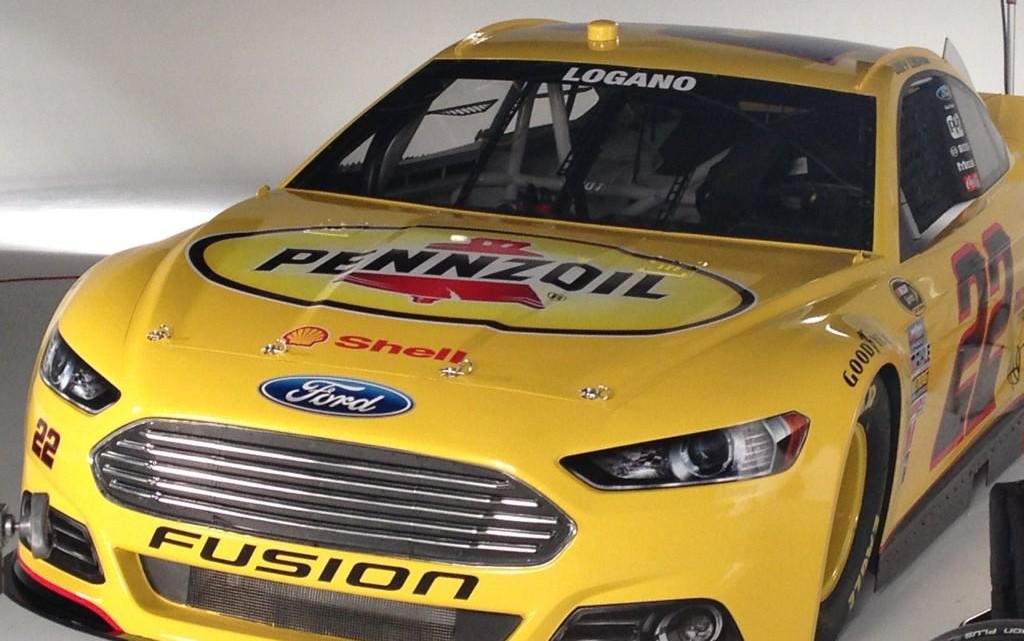 TREVOR BAYNE – No. 21 Motorcraft Ford Fusion – “I had a right-rear tire go down getting into turn three.  I thought I felt it about a half-a-lap sooner, but just didn’t have time to check it out.  The spotters are on the other side of the race track, so they can’t tell what’s going on.  It let go getting into turn three and I had it saved off the fence and then the right-rear tire cut the brake line so I couldn’t get it stopped by the time I hit the inside guard rail.  It just stinks for our team because we had a decent car, decent enough that when we got track position we could hold on to it.  We were running top 20 and had a chance to do even better than that.  It stinks to end our day like this with a brand new car, so I feel bad for my guys here.  We don’t get many opportunities to run and when we do it seems like a speedway, where anything can happen, or you’re running decent and something bad happens.  You never have days like this when you’re running 35th, it’s always when you have a decent car.  I just feel bad about it, and we’ll see what we can do next time.”

JOEY LOGANO – No. 22 Shell/Pennzoil Ford Fusion – “We made progress with it all week.  We didn’t unload very well.  We kept trying to make up speed and Todd Gordon called a perfect race and got us the track position we needed to, but it’s just so hard to pass out there.  I think we finished where we deserved to finish, we just need more speed in our car.”  A GOOD RUN.  “That’s about what we ran all day is where we finished.  The guys did a good job.  We got this thing better from the way we unloaded.  We weren’t very good to start off this weekend, but every time we went out for practice or went on the race track we got a little bit better – through practice, through qualifying and even the race.  I started the race thinking I was gonna be a 15th-place car.  That’s about where we ran.  Todd Gordon called a perfect race.  He had a winning strategy, but we just needed a little bit faster Shell/Pennzoil Ford to be up there and battle for the win.  The fastest car won the race today.  It wasn’t a strategy thing or anything like that.  I raced around him a few times and everytime he had a run I was like, ‘Wow.’  We’re not even close to where they were at, so they deserve it.”  THE LAST RESTART LOOKED LIKE POCONO WITH GUYS FANNING OUT FOUR AND FIVE WIDE.  HOW INTENSE ARE THOSE?  “That’s the only time you can ever pass anyone, so you’ve got to go and push hard and take that chance.  It’s a chance to wreck your car, but it’s the Brickyard, right?  I think everyone’s got the attitude of checkers or wreckers out there and it’s gonna happen.”  DID THE STRATEGY GO AS EXPECTED?  “It was pretty much as expected.  There was a lot of strategy.  We ran about what I thought we were gonna run.  I was surprised at how fast the 24 was, so that was a surprise.”  THE STRATEGY WAS TO PIT EARLY AND HOPE YOU COULD OUTRUN EVERYBODY AT THE END?  “Yeah.  Being the first one to pit and then when it cycles out hope that your tires are good enough and your car is fast enough you can hold them off.  We didn’t have anything compared to the 24 car, so our strategy was to stay out there and just cycle forward every time you can.  The 15 timed it out perfect.  He got a caution while he was on pit road.  We stayed out one time and led a bunch of laps and got some track position that way.  That was a good call, but unfortunately we weren’t able to hang on to where we were, and from there it was just trying to keep your track position.  If you ever lose it or if you ever make one mistake in this race your day is over.  If you’re speeding on pit road or get a little bit of damage or a bad pit stop you never get those spots back, so you just have to be perfect all day and Jeff Gordon was today.”

ARIC ALMIROLA – No. 43 Eckrich Ford Fusion – “That’s a decent finish, but I’m frustrated because we’ve got to figure out how to get more speed.  We’ve got six more weeks to get our cars better before the Chase, so we’ve got a lot of work ahead of us to try to figure it out and try to be more competitive.  But it is what it is.  We dug ourselves a hole this weekend and finished 21st.  We had one run where we drove up to like 15th and I thought we were gonna be pretty good, and I don’t know if we got a bad set of tires or what, but we could never recover after that.”

BRAD KESELOWSKI – No. 2 Miller Lite Ford Fusion – “We had a really, really fast car.  I felt we had a third or fourth-place car from what I could tell there, but we just couldn’t put the day together.  We ran in the top three there at the start and had that restart behind Jeff where he really checked up and we lost a lot of positions there.  We had to get off strategy to try and make up for that, and then got to pit road and had a little contact with the 18 that damaged the car a little bit and knocked some speed out of it.  We had our pit stop and lost a lap on the pit stop, and finally drove through the field and earned the lucky dog the hard way, and got back on the lead lap but there just weren’t enough laps left in the race.  With 60 laps left we went from 30th to 15th in probably 40 of those.  We got up to 12th there at the end and that was just as far as we could get.  I was faster than some of the guys in front of me, but we needed more laps.  I don’t know, I think if the race would have played out a little better we probably could have ran second or third.  I’m not sure we really had anything for the 5 or the 24, but it’s hard to say.  We were right there otherwise and have a lot to be proud of.  We fought through a lot of adversity today.  I would have liked to not have the adversity, but that’s part of racing.”