The Nurburgring Nordschliefe is an incredibly fast track, but rarely do any road cars exceed 200 mph over the course of its 13 miles. That makes Mark Webber’s claim that he hit 209 mph in the new GT2 RS at the Nordschliefe seem almost impossible. 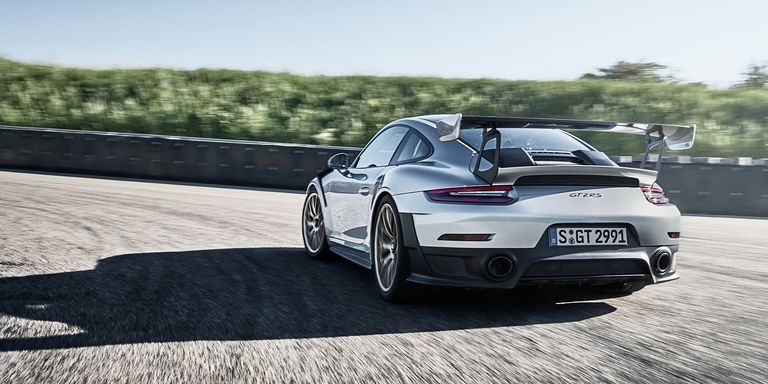 Webber, a former Porsche works driver, mentioned this fact casually to Driving.ca during an interview at the GT2 RS’s recent debut. Specifically, Webber said he hit 336 kmh (208.781 mph) on the back straight of the Nurburgring Nordschliefe. We don’t know whether this speed came from GPS telemetry or the car’s speedometer—which is likely less accurate—but either way, it’s silly fast.

For context, the Lamborghini Aventador SV topped out at 202 mph (325 kmh) according to GPS telemetry for its 6:59.73 Nurburgring run. Seven mph might not sound like much, but above 200 mph, it’s a huge difference. The controversial Huracan Performante, the current production-car lap record holder at the ‘Ring, topped out at 189 mph (304 kmh) on the straight, though its relatively low top speed is influenced by its aerodynamics.

Earlier this week, we learned that Porsche Motorsport boss Frank-Steffen Walliser believes the GT2 RS will run a sub-7:00 lap at the Nurburgring, but it’s unclear if the automaker has a definitive Nordschliefe time yet. It’s also worth noting that hitting 208 mph on the back straight doesn’t necessarily mean the GT2 RS will be fast elsewhere on the track. The Huracan Performante wasn’t especially quick on the straights, but was a monster the corners.

That said, we’re still expecting the GT2 RS to put down an impressive time. We’ll just have to wait to find out if it takes the record from Lamborghini.