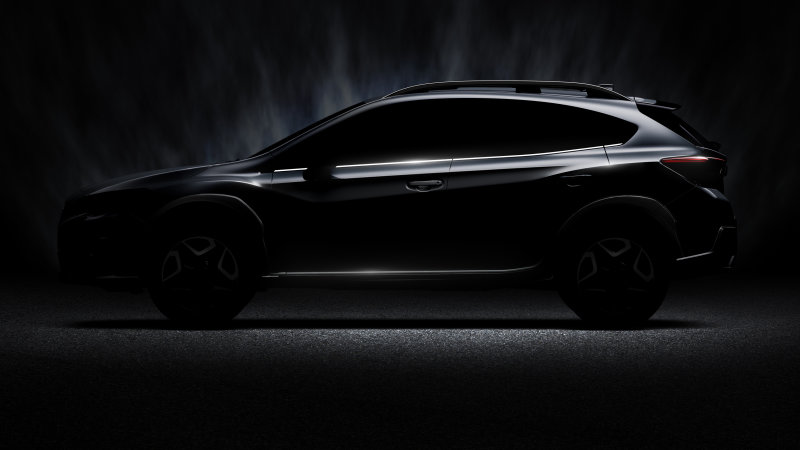 Subaru released a shadowy teaser of the redesigned XV hatchback which will debut in March at the Geneva Motor Show. The car will be called the Crosstrek in the United States. We can’t see much from this dark image, but it looks like the sides have more creases and definition than the current model, which has been on sale since 2013 with only minor changes.

Subaru showed the XV concept at Geneva last year with wild wheels, sharp headlights, severe side cuts, and prominent off-road-style body cladding. Naturally, we expect a more toned-down version in production trim. Subaru confirmed the new vehicle will offer its Symmetrical All-Wheel-Drive system (we’d be stunned if it didn’t). The Crosstrek will also employ Subaru’s new Global Platform, which is more rigid and has a lower center of gravity. These modular underpinnings will be used on all of its next-generation models and debuted on the Impreza.

The Crosstreck was called the Crosstrek XV in the US market for several years and also offered a hybrid version, which was dropped. Crosstrek sales in the US increased 7.6 percent last year to 95,677 units, placing it third behind the Outback and Forester in Subaru’s portfolio.