The New Alpine A110 Lives Up To The Hype 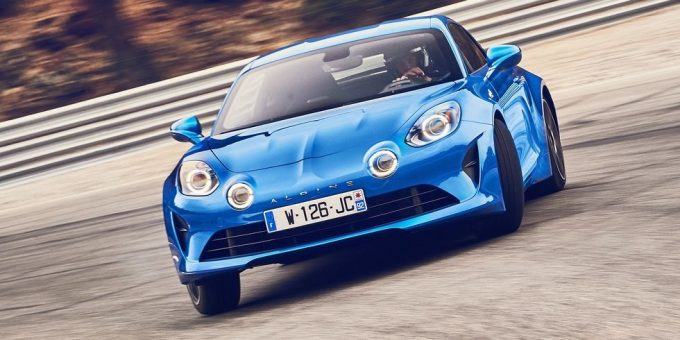 The new Alpine A110 has a lot to live up to. The car that gave it its name and style won the World Rally Championship and established Alpine as a worthy contender to the likes of Porsche and Lotus. Thankfully, the new A110 honors its predecessor perfectly.

Alpine doesn’t have plans to bring the A110 to the US, so we haven’t had a chance to drive the A110 yet, but Autocar did, and they really dug it. It’s a legitimate rival for the Porsche 718 Cayman that offers a totally different path to mid-engine sports car nirvana. Really, it sounds like everything we hoped it’d be.

Alpine took a similar approach to Alfa Romeo 4C and focused on light weight instead of big power—it’s turbocharged four-cylinder provides 250 hp, but it’s in a package that weighs around 2400 lbs. When it came to weight, Alpine was Lotus-esque in sweating the details. Its chassis is aluminum and it gets all sorts of other neat details to trim the fat.

And it drives beautifully. Autocar’s Matt Prior says it’s got all the sharpness you’d hope from a mid-engine car, and it’s good on road and track. He likens it to a junior McLaren, which sounds like no bad thing.