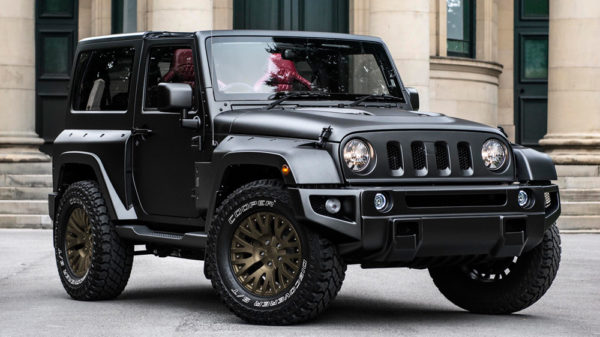 JL Wrangler Forums suggests the next-generation Wrangler will be restyled in an evolutionary way that maintains the off-roader’s classic looks yet adds new features. The forum used intelligence from spy photos and leaked images to assemble renderings of the new Wrangler.

They show that the front end is still classically Jeep, but with modern updates. The LED headlights and turn signals revealed in FCA drawings are noticeable changes. An interesting touch is just behind the rear bumper, where there appears to be an air dam for aerodynamics. There’s still a gap between it and the front fenders to keep the old-school look intact. The grille, windshield, and hood are also more raked for the sake of aerodynamics.

At the back, the lights follow the FCA drawings as well, though the reverse lights from those illustrations appear to be absent. The square taillights are also shown on the truck variant, along with the plastic fender flares of the SUV version. Spy photos of the Wrangler pickup have shown a streamlined box with integrated taillights akin to the Ram, but it’s likely to be a placeholder until the final design is selected. The sides of both models also feature more squared-off details in the top and door handles, generally with beveled corners for a more modern look.

The top is where things get fuzzy. The new model might lose its removable top altogether, in favor of removable panels similar to the Jeep Renegade. JL Wrangler Forums illustrated how this could work in the above image. The roof can be removed in sections, and the rear-most windows can also be taken out. The overall effect is similar to that of a current Wrangler Unlimited. There is a potential drawback to this system, though. All of these hard panels will have to be left somewhere. And unlike the current model, this one wouldn’t have a soft-top back-up when the weather turns. It’s hard to say for sure if this design will make it to production. FCA has consistently and effectively hidden this part of its Wrangler prototypes since they were first spotted. At this point, we can only speculate on how the top will function.

Otherwise, these renderings seem plausible, and we should know how accurate they are when the Wrangler makes its expected debut next year. The new Wrangler will likely have some aluminum body panels, an 8-speed automatic and an available diesel powertrain. For more details and spy photos, check out our post that has assembled everything we know so far about the 2018 Wrangler.