It seems that Jaguar’s littlest sedan is about to get one of the company’s biggest engines. One of our spy photographers caught the company testing a disguised XE. While most people’s first instincts would be to dissect the car, our photographer paid some extra attention to the number plate, and looked up the car’s registration. He says the registration reveals that this little car is packing a 5.0-liter V8. 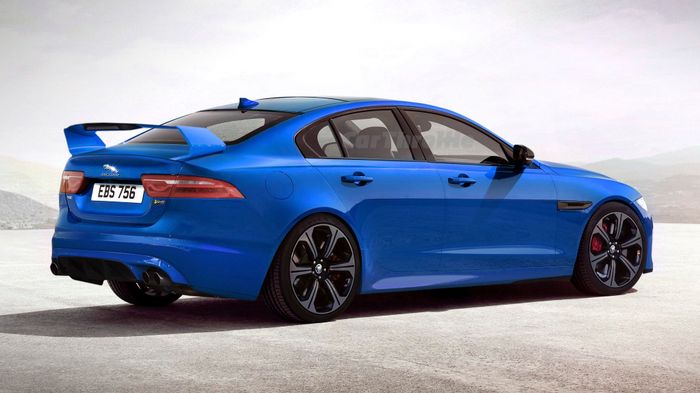 The only sort of 5.0-liter V8 Jaguar makes is supercharged and makes 550 horsepower or more. So what we’re probably looking at is a future 550-horsepower XE R. On the car itself, there appear to be larger intake vents on each side of the front bumper, likely for cooling off a much bigger, hotter engine. And of course a more aggressive appearance. The V8 theory is further backed up by the quad-tip exhaust that clearly needs more development.

Aside from these changes, this XE looks pretty similar to the sportier models in the current range. It has the same side skirts as the XE R-Sport and XE S. It also uses the same wheels as the XE S. We can safely say that at least the wheels will be different when the V8 model reaches production. As for when that will be, we’d say don’t expect to see a revealed production model for at least a year, and possibly more, since there appears to be a decent amount of development left to do.