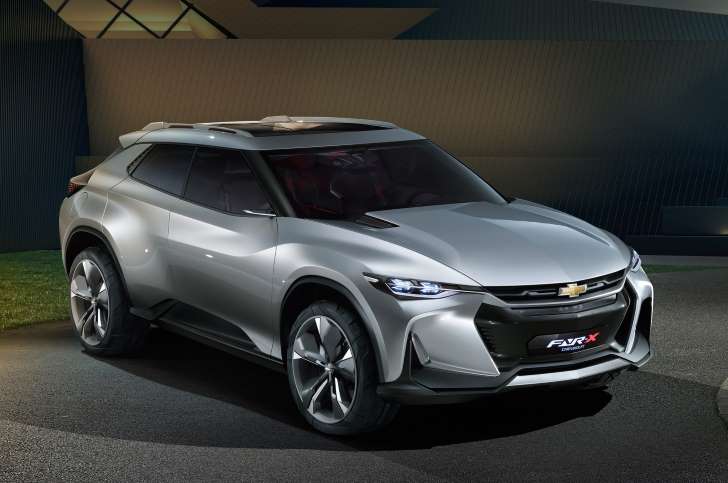 Plug-in hybrid concepts at auto shows are nothing new. It seems like nearly every new concept car at auto shows has a plug on it. However, when an industry titan with a history of plug-in hybrids like General Motors rolls one out, it’s worth taking notice. Chevrolet chose the world’s largest auto market, and its biggest show, to introduce the FNR-X plug-in hybrid crossover concept in Shanghai.

The Volt plug-in has been on sale for close to seven years now and has a proven track record of reliable performance and a dedicated base of fans. The one gripe among owners is the lack of cargo and passenger space, something that could be addressed by a more utilitarian body like that of a crossover or minivan. The idea of a more practical vehicle on GM’s “Voltec” platform is not exactly new, with the Volt MPV5 concept shown at the Beijing Auto Show in 2010. A production version of that model never materialized. However, the chances for a production version of the FNR-X are much better, with consumer demand for crossovers of all shapes, sizes, and prices exploding worldwide.

Among some of the features on the FNR-X concept are intelligent ambient LED lighting that changes according to driving mode, active aerodynamics to enhance efficiency, an OLED dynamic display system, and an intelligent speech recognition and interaction system. Few details in terms of performance, range, and drivetrain were given, other than a vague reference to an “all-terrain Advanced Driver Assist System” hinting at some sort of all-wheel drive.

Subjectively, the FNR-X is also much more stylish and sporty than the somewhat staid MPV5, potentially giving it a broader demographic appeal to the all-important millennial market, as well as empty nesters and outdoor enthusiasts.