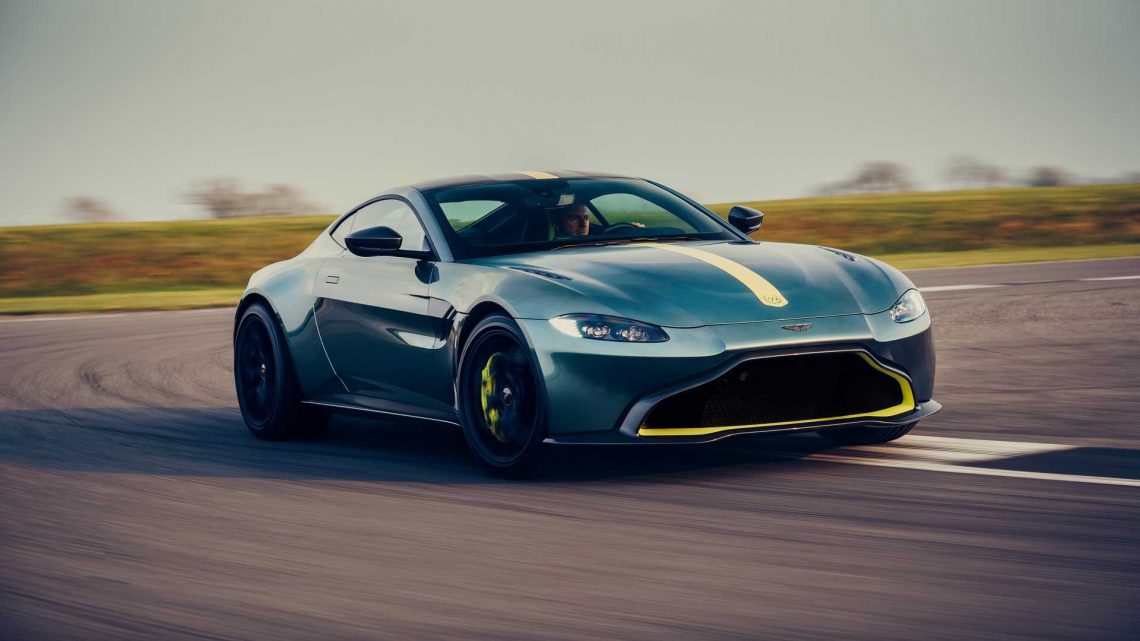 Aston Martin teased the upcoming Vantage convertible on Twitter this morning, meaning we won’t have long to wait for a drop-top version of Aston’s smallest sports car. Painted in matte black and sitting on the silver 20-inch, 10-spoke wheels we’ve already seen on the coupe, the Vantage drop-top prototype looks ready for its debut in these first official images.

Aston Martin didn’t reveal anything else about the car, just a handful of photos of a production prototype with “Opening Spring 2020” liveried on the sides and hood. Given that, it’s safe to assume we’ll see the new Vantage in its official production form early next year. For now, we can afford to speculate on some of the details around the new roadster.

It will no doubt come with the same AMG-sourced 4.0-liter V-8 engine as the standard Vantage coupe, which makes 503 hp and 505 lb-ft of torque. Other bits like the eight-speed ZF automatic transmission and brakes are expected to be the same as well. Components that might see subtle changes lie under the skin. The Vantage’s suspension setup will likely be tuned to better work with the added weight of a folding soft top and the motors that power it. Zero to 60 acceleration and top speed will likely be down from the 3.5 seconds and 195 mph performance of the coupe, but you’ll probably get a better soundtrack as part of the transition from coupe to convertible.

With the addition of the Vantage Roadster, Aston will offer convertible versions of all of its cars with the exception of the four-door Rapide. With Aston’s second century plan in full effect, we can’t wait to see what else the British marque has in store.