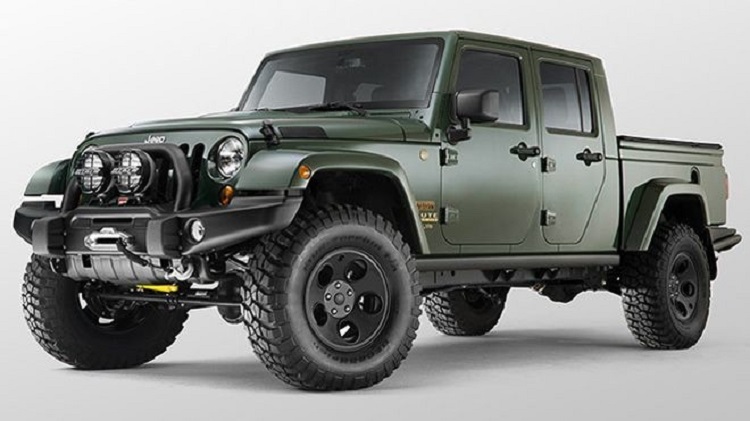 Jeep hasn’t sold a pickup truck since 1992, when the XJ Cherokee-based Comanche went out of production, though Jeep has made many concept pickup trucks to tease us. Now, we know that a Wrangler pickup is on its way, and it’s high on our list of cars we can’t wait to drive. To say we’re excited for the Wrangler pickup would be an understatement, so let’s round up everything we think we know about it.

Jeep started the Wrangler pickup fever in 2005 with the Gladiator Concept (shown above), but it never reached production. A handful of concepts since only served to whet our collective appetite further.

In a 2016 interview with The Detroit News at the Detroit Auto Show, Jeep CEO Mike Manley said that the Wrangler pickup would arrive in late 2017, following the debut of the next-generation JL Wrangler.

Unfortunately, Jeep has since delayed pickup production until late 2019, nearly two years after the next-generation Wrangler is set to arrive. Manley says that he wants to make sure there are no issues with Wrangler SUV production before Jeep starts building the pickup. Both Wrangler models will be built at Jeep’s Toledo, Ohio plant, which is undergoing a $700 million upgrade to prepare for the new vehicles.

We should see the Wrangler debut in SUV form later in 2017, but Jeep hasn’t announced when the pickup will make its debut.

Since the Wrangler pickup was announced, we’ve received spy photos and detailed renderings giving us a pretty clear picture of what to expect. Unsurprisingly, it looks like a Wrangler with a truck bed. The next-generation Wrangler gets a new front face with more prominently angled grille slats, and headlights with LED running lamps.