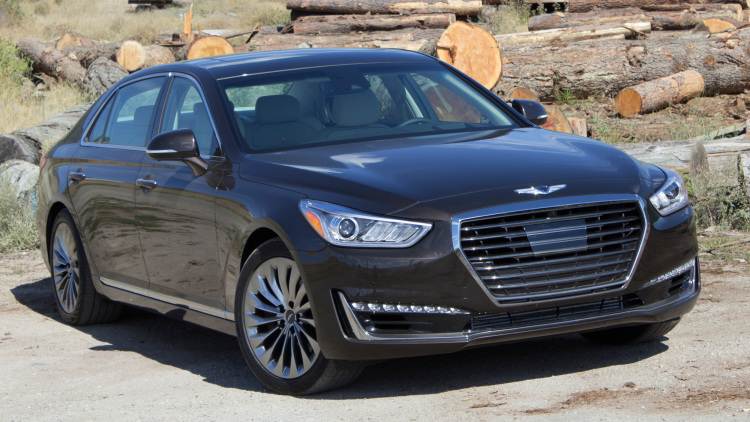 The Genesis G90, new flagship of a new brand, makes me think of Shakespeare. Specifically, the tragedy of Troilus and Cressida, one of the Bard’s more obscure and difficult works. But not because that play has much to do with the G90, but because that oft-forgotten work lent the Toyota Cressida, itself an obscure thing, its name.

Genesis’s Cressida was the Hyundai Equus. Both were uniquely badged, both sat slightly apart from a much less luxurious lineup. Both were not quite translated to American tastes, attempting to pass off indigenous flavors as export bonuses. The Cressida was pinched and cramped within, and frosted with gimmicky electronics; the Equus was tailor-made to a Korean businessperson’s tastes. Both tested the waters and proved to product planners that there was room for a luxury brand. Lose the battle, win the war. Don’t tell that to Troilus, though.

Genesis won’t quit with the G90. They’re planning six vehicles by 2020, and the G80 (the old Hyundai Genesis sedan) is going on sale in September. A smaller G70 sedan will follow up later on. We expect an all-wheel drive coupe (or coupeish four-door) to replace the unloved Genesis Coupe, which should be significantly more upscale and luxurious to compete with the German brands. If it looks anything like the Vision G coupe concept from 2015, that won’t be hard. Erwin Raphael, brand manager in the US for Genesis, tells us that a small SUV built on the G70 platform and a mid-sized one built on the G80 platform will follow (and in this SUV-crazy market, can’t come soon enough). The slide below, provided by Genesis, shows the way forward.

Genesis will craft its luxury brand not only with product, but also with a few customer service pillars that are worth a mention. Genesis expects most of their cars will be leased, and so they include a bunch of perks crafted to a typical lease period, like free service. On top of that, all Genesis dealers will offer a valet-style service to pick up your car for maintenance while dropping off a loaner. Other brands and dealerships do this piecemeal, but it will be a brand-wide pillar for Genesis.

The engine is really the best part of the G90 we tested. There’s no rubber-banding as the turbos spool up. To put it another way, it’s a turbo V6 doing a great interpretation of a well-tuned, large displacement V8. Though it is subdued at mild throttle inputs, the Lambda pipes up with a gruff note when you wale on it – that’s at least partly due to a simulated engine noise like many of its competitors use. And there’s an absolutely monumental amount of sound deadening under the hood, so I doubt you’d hear a peep from the Lambda if it wasn’t piped through the speakers.

While there’s no guarantee that the G90 will reset the bar like the LS400 did back in 1989, Genesis has shed the training wheels we knew as the Equus. Parent company Hyundai, rushed as it was getting Genesis off the ground, made a serious investment in bringing the G90 up to par, and it shows everywhere you look and in how nicely it drives. Price and market the G90 right, and Genesis should take some food off its competitors’ tables.

Next post New Head Of Exterior Design At Bentley Motors