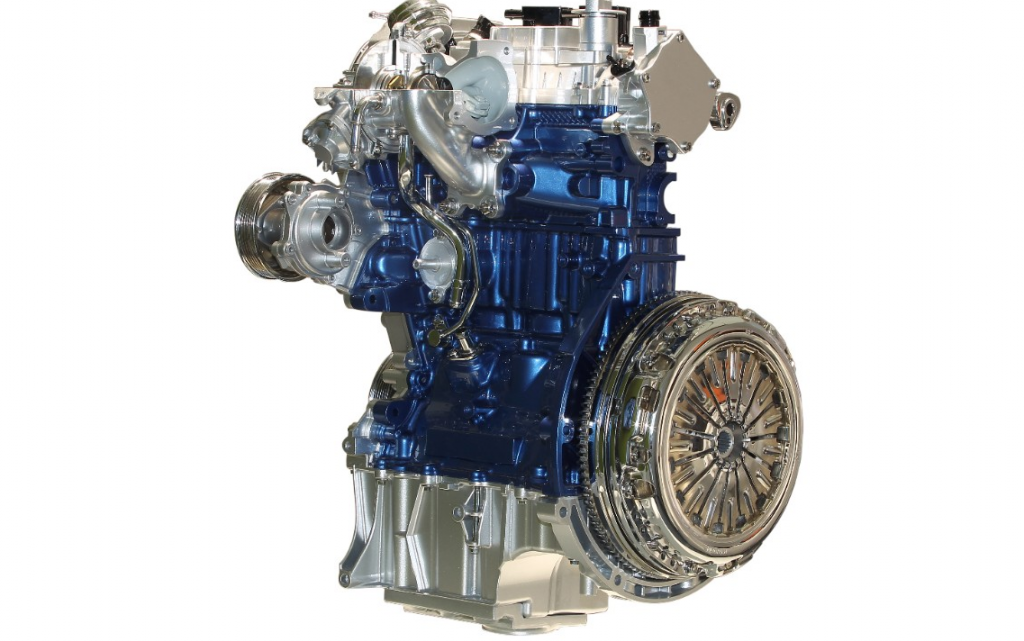 The 1.0-liter EcoBoost – available for Ford Fiesta and slated as a power offering for the 2015 Focus as well – fought off competition from premium brands and supercar contenders to win the award for its driveability, performance, economy, refinement and technology.

A panel of 82 automotive journalists from 35 countries also named the engine Best Engine Under 1.0-Liter for the third year in a row at Engine Expo 2014 in Stuttgart, Germany.

“To deliver the complete package of eye-popping fuel economy, surprising performance and real refinement, we knew this little 1.0-liter engine would have to be a game changer,” said Bob Fascetti, vice president, Ford Powertrain Engineering. “Through our One Ford approach to development, EcoBoost continues to set the benchmark for power combined with fuel efficiency from a gasoline engine.”

More than 200 engineers and designers from Ford research and development centers in Aachen and Merkenich in Germany, and Dagenham and Dunton in the United Kingdom spent 5 million-plus hours developing the 1.0-liter EcoBoost engine.

The engine’s compact, low-inertia turbocharger spins at up to 248,000 rpm – more than 4,000 times per second and almost twice the maximum rpm of the turbochargers powering 2014 Formula 1 race car engines.

With an engine block small enough to fit in the overhead luggage compartment of an airplane, the 1.0-liter features a cylinder head with an integrated and cooled exhaust manifold that lowers exhaust temperatures for optimizing the fuel-to-air ratio. An innovative flywheel and front pulley design delivers improved refinement compared with traditional three-cylinder engine designs.

“The 1.0-liter EcoBoost was created as a radical, smaller-displacement engine to meet the biggest automotive challenge in the world – no-compromise refinement, performance and great fuel economy,” said Andrew Fraser, manager, Gasoline Calibration, Ford of Europe. “The secret to EcoBoost success is a range of innovative technologies that deliver big-car benefits from a small engine.”